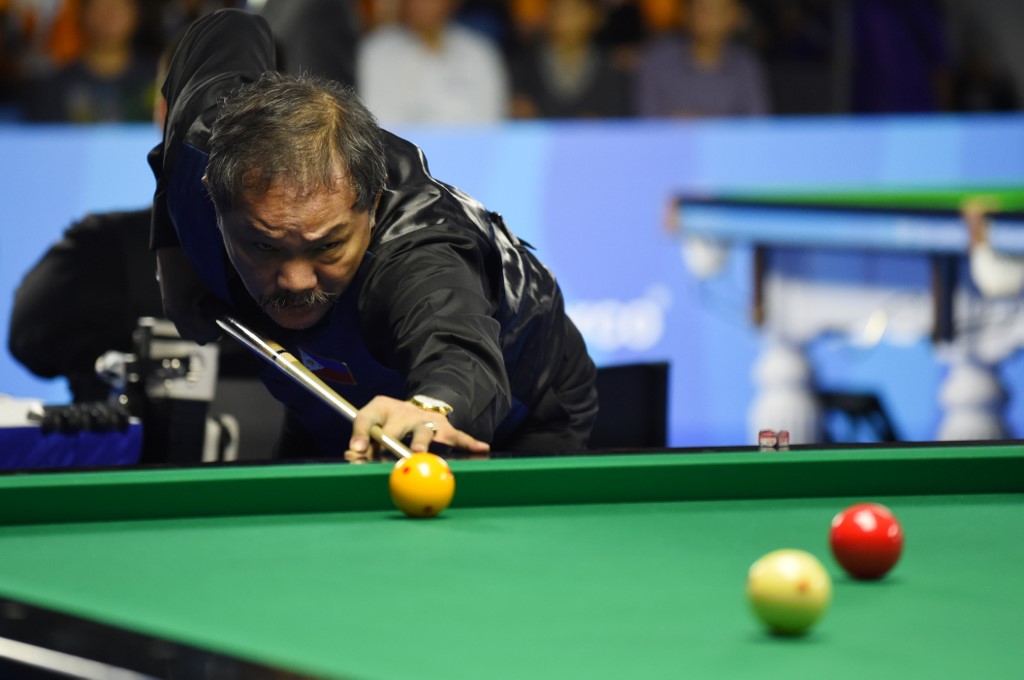 MANILA, Philippines – With mumblings that he will call it a day after the 2019 Southeast Asian Games, there is no doubt that billiards legend Efren “Bata” Reyes has secured his rightful place in the annals of Philippine sports history.

The 65-year-old native of Mexico, Pampanga is hailed by most sporting news outlets and fellow athletes as the greatest pool player of all time, mesmerizing fans across the globe with his one-of-a-kind skills that earned him the moniker “The Magician.”

A winner of over 70 international championships, Reyes was the first player to ever win world championships in two different disciplines in pool.

Aside from being named by the United States Billiard Media Association as the “Player of the Decade” in 2010, Reyes is a four-time world 8-ball champion, the 1999 WPA World 9-ball champion, a three-time US Open winner, a two-time World Pool League winner, and a 14-time Derby City Classic winner.

In addition, he is the only cue artist who holds the unprecedented record of 5 “Master of The Table” crowns.

Despite the numerous trophies and citations, the only accolade missing in his trophy room is the SEA Games gold medal.

(That’s the only thing that’s missing. I will try to get one.)

Reyes has been a consistent bronze medalist in the SEA Games since he joined the multi-sport competition in 2011.

He’s donning the Philippine colors for the last time in the regional biennial meet, and his sights are set on redemption by getting the top spot of the podium this time.

Reyes won’t see action in the glamor 9-ball and 10-ball events, though, but in the three-cushion carom, a popular form of billiards that dates to the 1870s.

The objective is to carom the cue ball off both object balls and hit the rail cushions at least 3 times before the last object ball. A point is scored for each successful carom.

Three-cushion carom needs no introduction on Reyes’ part as he used to play it at an early age and vied in the same sport at the 2011 SEA Games in Palembang.

Though he was given the option to join other events, Reyes chose to give way to the young members of the national team.

(This sport is for veterans like me. I saw that there were a lot of young talents in the lineup. I’ve proven so many things already and it’s high time that I give this to them.)

These cushion carom events are gold mines for Vietnam as its players have not missed the top plums, consistently winning from its maiden staging in Manila in 2005 to the last in Singapore in 2015.

The Philippines’ best run was a bridesmaid finish by Francisco Dela Cruz in 2011.

Reyes and Dela Cruz failed to make it past the semifinal round in both 2013 and 2015.

Teaming up with Dela Cruz once again, Reyes hopes they could finally put an end to Vietnam’s dominant reign.

(We will just do our best, especially the games are held here. You can count on us.) – Rappler.com