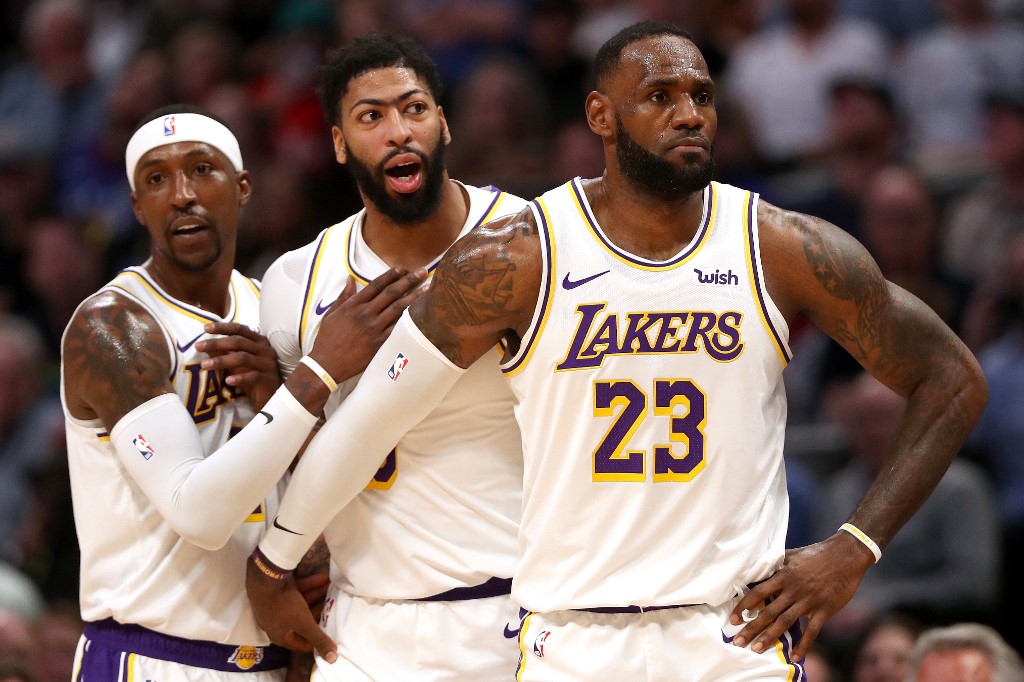 LOS ANGELES, USA – James Harden erupted for 50 points and Russell Westbrook bagged a triple-double, but it was not enough to stop the Houston Rockets falling to a double-overtime defeat to the San Antonio Spurs on Tuesday, December 3.

Three days after a 60-point display against Atlanta, Harden followed that masterclass with a half-century at the AT&T Center in San Antonio.

Yet it was the Spurs who edged a thrilling duel 135-133 after two periods of overtime.

Lonnie Walker IV was the star for the Spurs, rising from the bench to lead the scoring with 28 points and 4 rebounds.

Walker’s intervention had helped San Antonio claw their way back into the game in the closing minutes of regulation.

The Rockets led by 10 points with just under 4 minutes on the clock but were reeled in by Walker, who hit back-to-back three-pointers to tie the score at 115-115 and force overtime.

Houston, however, was on the wrong end of a refereeing blunder earlier in the fourth quarter that turned out to be pivotal.

Harden broke away and took his time before dunking emphatically into an empty net. The points were ruled out, however, after officials mistakenly judged that the ball had bounced out of the basket.

Those lost points proved costly as the Spurs forced overtime and battled their way to a pulsating victory.

Elsewhere Tuesday, the Los Angeles Lakers extended their lead at the top of the Western Conference with a 105-96 defeat of the Denver Nuggets in Colorado.

The Lakers were once again led by LeBron James and Anthony Davis, who each finished with 25 points from 36 minutes on court.

Jamal Murray led the Denver scoring with 22 points, but the Lakers were always in control after building up a 60-49 lead at halftime.

The Lakers now lead the Western Conference by 3.5 games from second-placed Denver with 18 wins against 3 defeats.

Impressive effort from AD, who needed an IV at halftime to help battle the flu.  https://t.co/UKC0mPqHB7

In other games Tuesday, Luka Doncic delivered another masterclass as the Dallas Mavericks overpowered the New Orleans Pelicans 118-97.

Slovenian prodigy Doncic finished with 33 points, a career-high 18 rebounds and 5 assists in just three quarters of action as the Mavs improved to 14-6 in the Western Conference standings.

Doncic, still only 20, has been in sensational form so far this season and was once again the offensive linchpin for the Mavs in a commanding performance.

Seth Curry added 19 points off the bench, while Tim Hardaway Jr and Maxi Kleber chipped in with 12 points apiece to back up Doncic.

The Mavericks finished the third quarter leading by 9 points but outscored the Pelicans by 34-22 in the fourth quarter to clinch an impressive road victory.

Elsewhere Tuesday, an overtime scoring spree from Jimmy Butler helped the Miami Heat to a 121-110 victory over the NBA champion Toronto Raptors in Toronto.

Butler reeled off 8 points in just under a minute at the start of overtime to finish with a triple double and drag the Heat over the line.

Butler had 22 points, 13 rebounds and 12 assists in the win while Duncan Robinson added 22 points and Bam Adebayo 18 points.

The win saw Miami move up to second spot in the Eastern Conference with 15 wins and five defeats, 2.5 games back from the leading Milwaukee Bucks.

The Raptors meanwhile were cheered by the return of Kyle Lowry, but the shooting guard was restricted to 12 points from 40 minutes on court. Norman Powell led the scoring for Toronto with 23 points. – Rappler.com