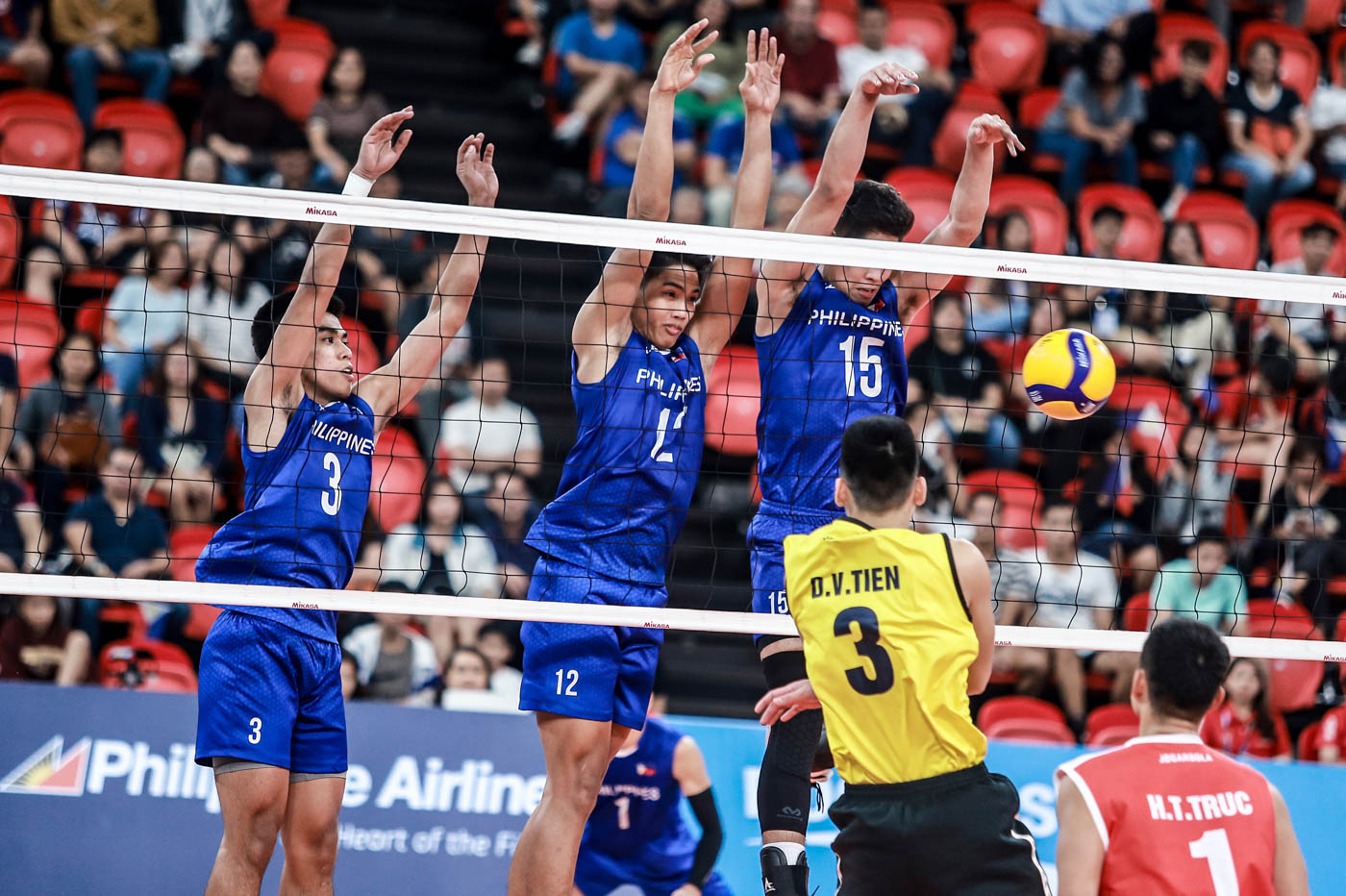 MANILA, Philippines – The Philippine men’s volleyball team sustained its dominant run in the 2019 Southeast Asian Games with a sweep of Vietnam, 25-20, 25-20, 25-12, at the PhilSports Arena on Wednesday, December 4.

With the win, the Filipinos clinched a semifinal berth with a 2-0 slate without yet dropping a set.

Bryan Bagunas led the rout with 22 points on 17 attacks and 3 aces while Marck Espejo tallied 13 markers and 13 excellent receptions.

Joshua Retamar – the team’s undoubted rising star who also shone in the Filipinos’ impressive opening win over Cambodia – did his thing once again and finished with 17 excellent sets and 3 blocks to boot.

After two tightly contested sets, the Philippines blew the game wide open after nabbing a 13-3 start in the 3rd frame thanks to the usual dominance of Espejo and Bagunas.

After a Vietnam service error followed by a Bagunas ace, Retamar practically sealed the deal with a timely block that stretched the Filipinos’ lead to 11, 14-3.

The Filipinos pulled ahead by as many as 21-9 off a John Vic De Guzman ace. – Rappler.com