Dec 5, 2019 11:35 AM PHT
Nissi Icasiano
Facebook Twitter Copy URL
Copied
The women take centerstage as the Philippine boxers put their speed and power into good use 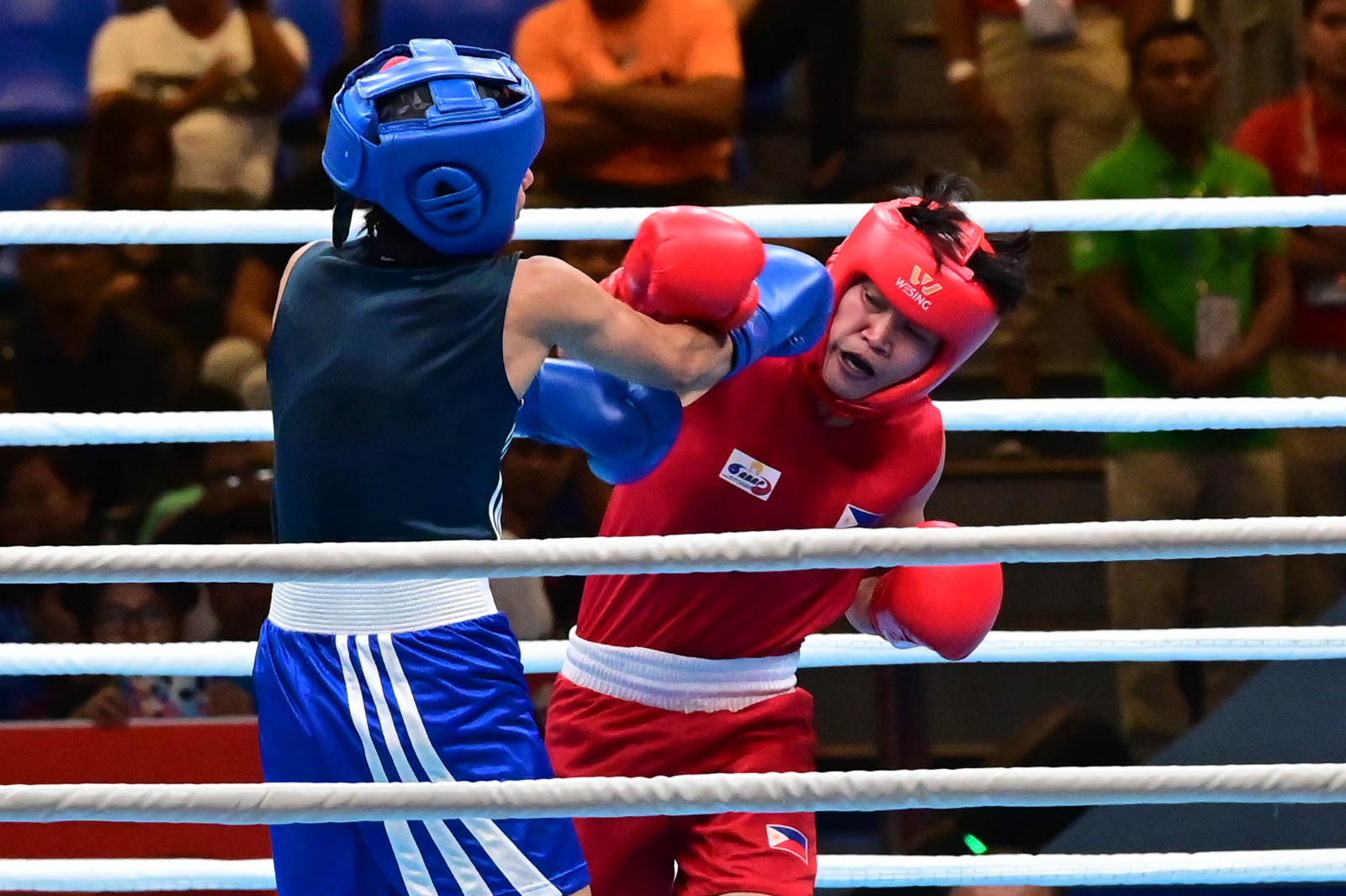 PASAY CITY, Philippines – Three Filipina boxers did not disappoint to kickstart the country’s campaign in the 2019 Southeast Asian Games on Wednesday, December 4 at the Philippine International Convention Center.

As the women of Philippine amateur boxing took centerstage, Irish Magno authored a flawless performance against Singapore’s Leona Hui Xin Yee by way of clear-cut unanimous decision in the quarterfinals of the women’s flyweight tourney.

Magno put her speed and power into good use as she stifled the lanky Yee over the course of 4 rounds. On the driver’s seat for the entirety of the bout, she effortlessly cruised to a victory on the 5 judges’ scorecards.

Aside from Magno, two more Filipina boxers made their presence felt in their respective weight classes.

Gabuco is technically the defending champion after winning in the same weight class in 2013, the last time women’s boxing was part of the SEA Games.

On the other hand, Aira Villegas outclassed Vilayphone Vongphachanh of Laos in a four-round women’s bantamweight clash to steer herself to a unanimous decision win, advancing to the next round.

In the male category, Carlo Paalam hammered Laotian stalwart Khamphouvanh Khamsathone to get his hand raised by unanimous decision in their light flyweight quarterfinal encounter.

Middleweight Eumir Marcial and bantamweight Ian Clark Bautista were given outright berths to the semifinals in their respective division tournaments.