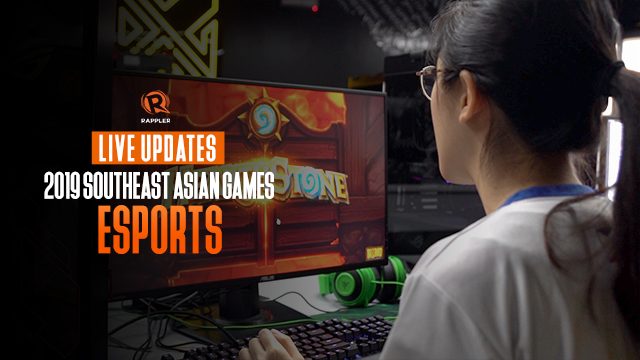 MANILA, Philippines – History unfolds in the 2019 Southeast Asian Games as esports debuts in the biennial showpiece with the top players in the region vying for the gold in 6 different video and mobile games.

With competitive gaming seeing a dramatic rise in popularity in the region, it’s no wonder that 9 of the 11 participating countries have representatives in the inaugural SEA Games esports tournament.

They will dispute for the top prize in Mobile Legends, Starcraft II, Hearthstone, Arena of Valor, Dota 2, and Tekken 7 as esports action gets going at the Filoil Flying V Centre in San Juan from Thursday, December 5 to Tuesday, December 10.

Eyeing to rake in as many gold medals as possible, the Philippines will have 9 entries as Singapore, Malaysia, Laos, Thailand, Cambodia, Vietnam, Myanmar, and Indonesia also seek for podium finishes.

Only Timor-Leste and Brunei will not be competing in esports.