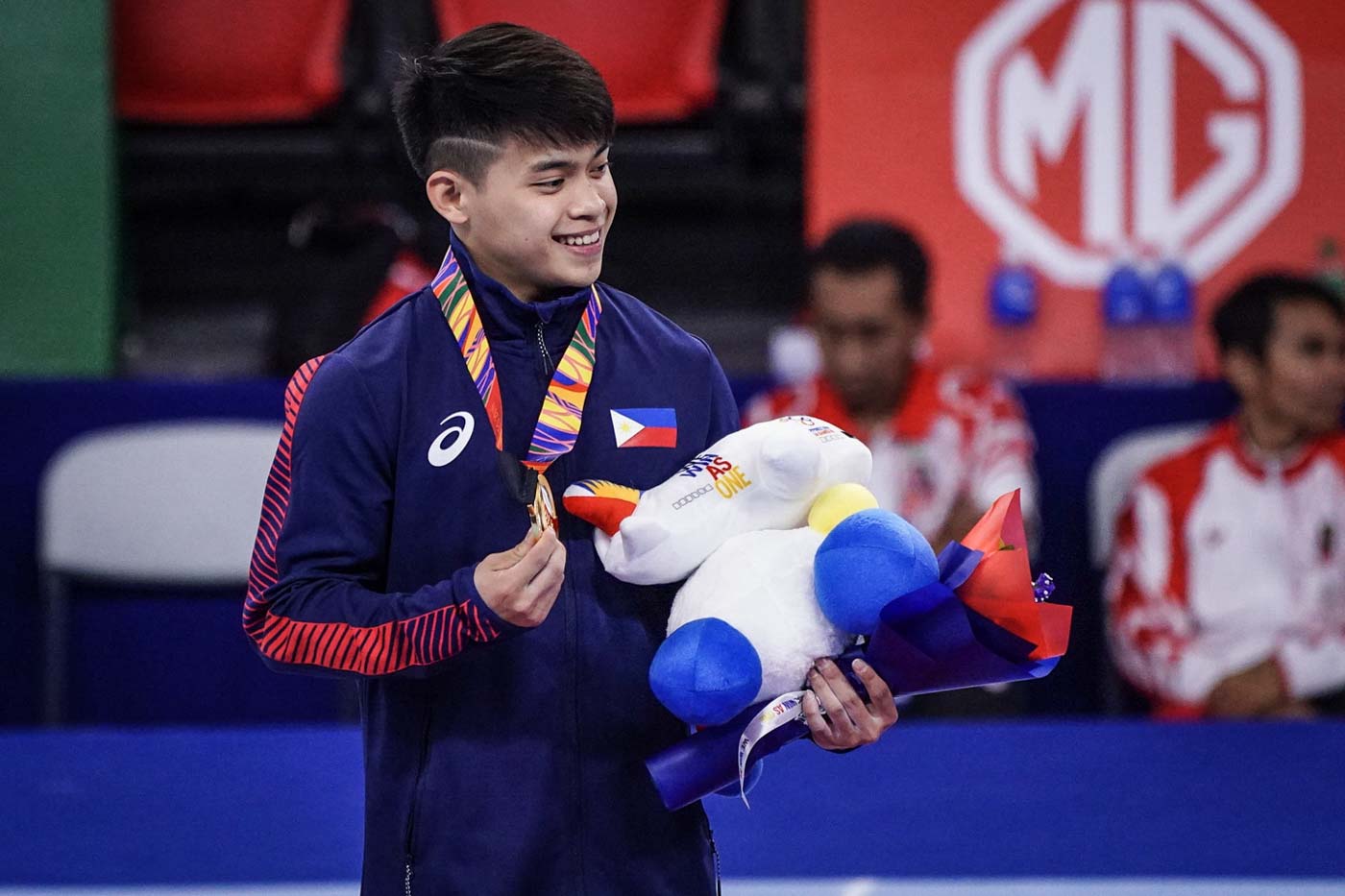 MANILA, Philippines – With his every landing, the sound of roaring cheers and applause would fill the Rizal Memorial Coliseum.

For many Filipinos, just the sight of world champion gymnast Carlos Yulo performing in the 2019 Southeast Asian Games was breathtaking.

But after Yulo wrapped up his stint with 2 golds and 5 silvers in the men’s artistic gymnastics event,  the sport’s top official thinks the haul could have been better had her top ward not been distracted.

“There are so many things happening. When he’s in abroad, he is more focused,”  Gymnastics Association of the Philippines president Cynthia Carrion told Rappler.

Carrion had been vocal that Yulo could pull off a seven-gold sweep in the Philippines’ hosting of the regional meet.

“I’m not happy because he should be winning golds,” Carrion said. “He’s very distracted.”

Yulo – who captured a historic gold in the World Gymnastics Championships last October in Germany – admitted that performing in front of an energized crowd was quite unusual for him.

“It’s quite different [competing in the country]. Here, the people give more attention to the Philippine team. In Germany, nobody knows me,” said Yulo.

The 19-year-old Yulo finished on top of the podium in the all-around and floor exercise  events while grabbed silvers in the horizontal bar, parallel bars, still rings, pommel horse, and vault events.

“I’m unsatisfied but I’m still happy because I wasn’t expecting anything,” said Yulo.

But now, Yulo has his eyes fixed on improving and raising the difficulty of his routines as he prepares for the 2020 Tokyo Olympics.

The 4-foot-8 star, the first Filipino and Southeast Asian male to rule in the world championships, has been training in Japan for years with Japanese coach Munehiro Kugimiya.

“I’m so happy, it’s fantastic,” said Carrion. “The support for Caloy was super and for the Philippines. That alone made me so happy, that already was a gold for me.”

But Carrion said the tournament also showed that more work needs to be done as none of the female gymnasts secured a medal for the Philippines.

“I feel that it’s my fault because I put all my money in Caloy and I forgot the women,” she said.  “They never had a coach. They just trained by themselves and now we can see the outcome.”

“Now, I’m going to support them, most especially the young ones because we have a lot coming in.” – Rappler.com