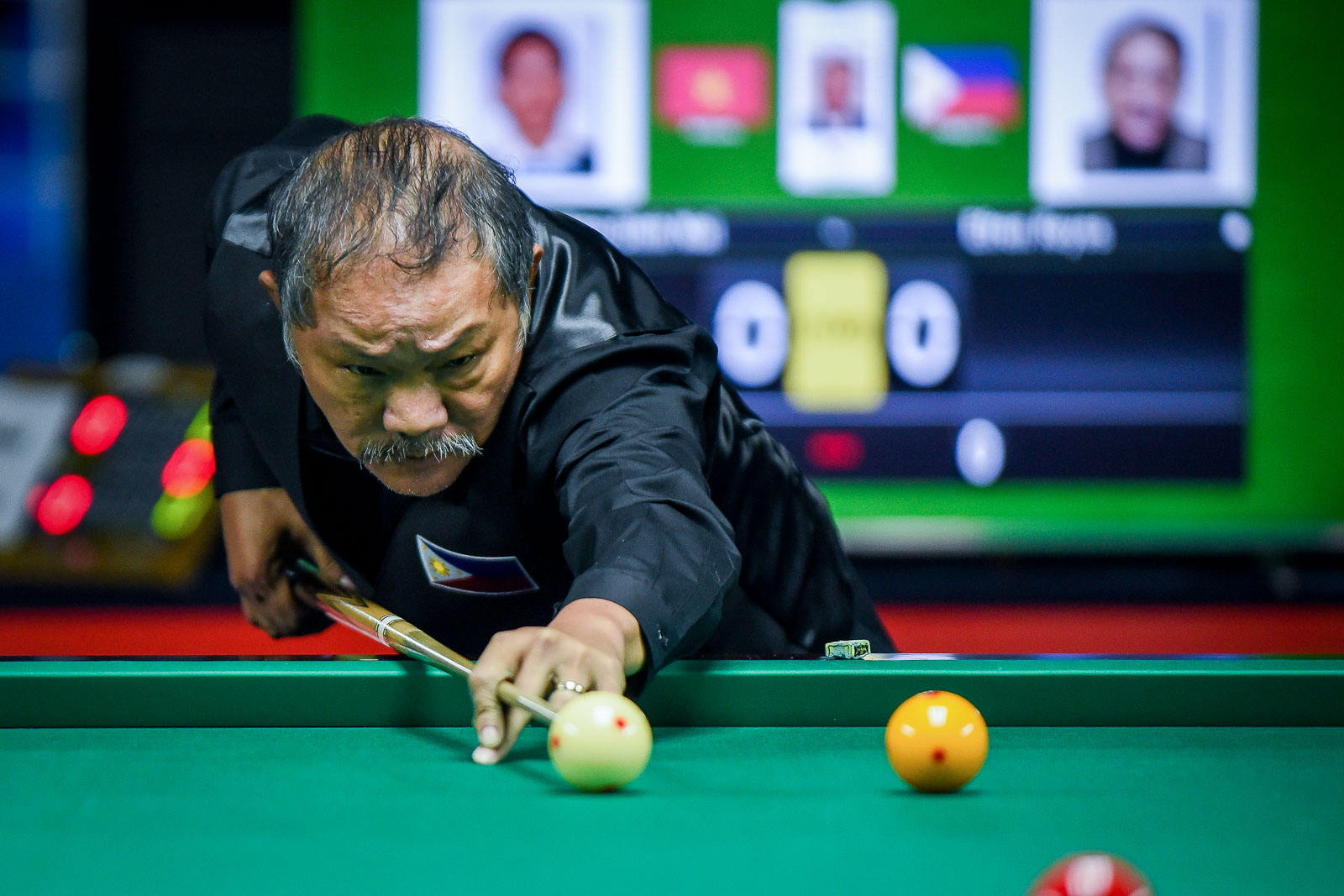 MANILA, Philippines – In what could likely be the final Southeast Asian Games stint of his illustrious career, billiards legend Efren “Bata” Reyes suffered a heartbreaking loss, falling short of his bid to claim a gold medal in the regional biennial meet.

The 65-year-old native of Mexico, Pampanga yielded to Vietnam’s Dinh Nai Ngo, 100-14, in the one-cushion carom semifinal round on Friday, December 6 at the Manila Hotel Tent.

The Vietnamese player never allowed Reyes to get into his rhythm, building a huge lead over the man touted by many as the greatest athlete to ever wield a cue stick with a 23-3 edge.

Although Reyes managed to tally 11 points when he got a turn on the pocket-less table, Dinh Nai Ngo had already widened the gap between him and the pool icon by 79-14.

Dinh Nai Ngo finished the ordeal for Reyes soon after, advancing to the final round.

Despite the disappointing defeat at the hands of Dinh Nai Ngo, Reyes is already assured of bringing home a bronze medal.

Another huge blow hit the Philippines’ ongoing pool campaign as the duo of Alvin Barbero and Jefrey Roda suffered a 2-3 setback in the gold-medal match of the men’s snooker doubles against Malaysia’s Kok Leong Lim and Moh Keen Hoo.

Barbero and Roda were down 0-2 to start the best-of-five frames duel before they got on board in the 3rd set. However, it did not shake the focus of Kok Leong Lim and Moh Keen Hoo, closing it out in the 4th stanza to derail the Filipino tandem’s championship aspirations.

Later in the evening, the Philippines got a taste of redemption as Dennis Orcollo, Chezka Centeno and Rubilen Amit scored significant victories in their respective competitions.

Meanwhile, Centeno won both of her matches, scoring a 7-0 shutout win over Indonesia’s Angeline Ticoalu in the 9-ball women’s quarterfinal round before edging Myanmar’ Aung A Mi with a 7-4 conquest in the 10-ball women’s semifinal.

On the other hand, Amit emerged triumphant versus Indonesia’s Fathrah Masum, 7-3, in the 9-ball women’s quarterfinal. The former world champion capped it off with a 7-2 victory over Maung Thandar in the 10-ball women’s semifinal phase. – Rappler.com