Dec 7, 2019 3:16 PM PHT
Rappler.com
Facebook Twitter Copy URL
Copied
Gilas Pilipinas eyes a sweep of the preliminary round against Myanmar on Saturday, December 7 at the Mall of Asia Arena 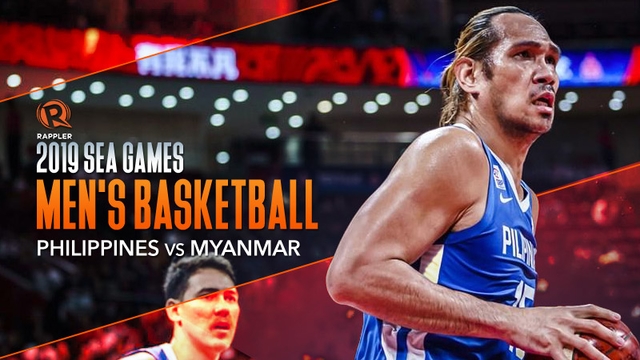 MANILA, Philippines – Two down, one more to go.

Tournament favorite Gilas Pilipinas eyes a sweep of the preliminary round of the 2019 Southeast Asian Games as it locks horns with Myanmar at the Mall of Asia Arena on Saturday, December 7.

Dominating its first two games in Group A by a combined 93 points – a 52-point romp of Singapore and a 41-point demolition of Vietnam – the Philippines is tipped for another lopsided victory.

To put it into perspective, FIBA has ranked Myanmar at No. 163, miles behind the No. 31 Philippines.

But knowing the imbalance in talent and skill, Gilas Pilipinas head coach Tim Cone said they “don’t want to embarrass anybody.”

“We want go out there and play hard, but we also don’t want to embarrass anybody, so we’re going to be cognizant of that.”