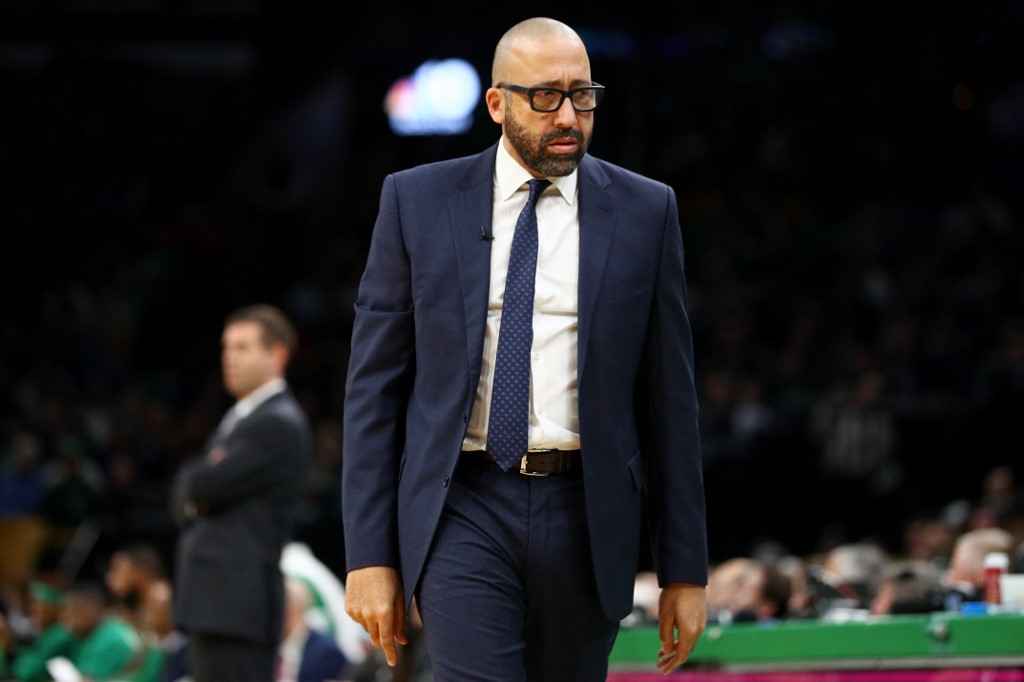 “Today, head coach David Fizdale and assistant coach Keith Smart were relieved of their coaching duties,” the Knicks said in a statement, adding that assistant coach Mike Miller had been named interim coach.

The Knicks statement came after ESPN reported Fizdale had been fired. His job status was looking shaky with the team stuck at the bottom of the Eastern Conference with a 4-18 record – second worst in the league.

On Thursday, the Knicks were embarrassed 129-92 by the Denver Nuggets on their home floor at Madison Square Garden in an effort that Fizdale called “sickening.”

Three days earlier, they fell to the Milwaukee Bucks by 44 points.

Two years ago, Fizdale was sacked by the Memphis Grizzlies after an eight-game losing streak.

In less than two full seasons with the Knicks, Fizdale compiled a 21-83 record.

Fizdale conducted Knicks practice on Friday not long before ESPN reported that he and Smart were on their way out.

Fizdale’s departure comes as no surprise.

On November 10, Knicks president Steve Mills and general manager Scott Perry held an impromptu news conference after a blowout loss to the Cleveland Cavaliers in which they said they believed in Fizdale but needed to see improvement after the team’s 2-8 start.

The Knicks host the Indiana Pacers on Saturday, December 7.

Meanwhile, James Borrego was a little sad for one of his close friends in the league to lose a job. The Hornets head coach and Fizdale go a long way back from their playing days at the University of San Diego.

“Tough day. Fiz is a friend, someone who I have great respect for. Someone who helped me get in this business. Tough to see the unfortunate part of the business. He’s a heck of a coach, great friend. Thinking of him today. And I support him.”