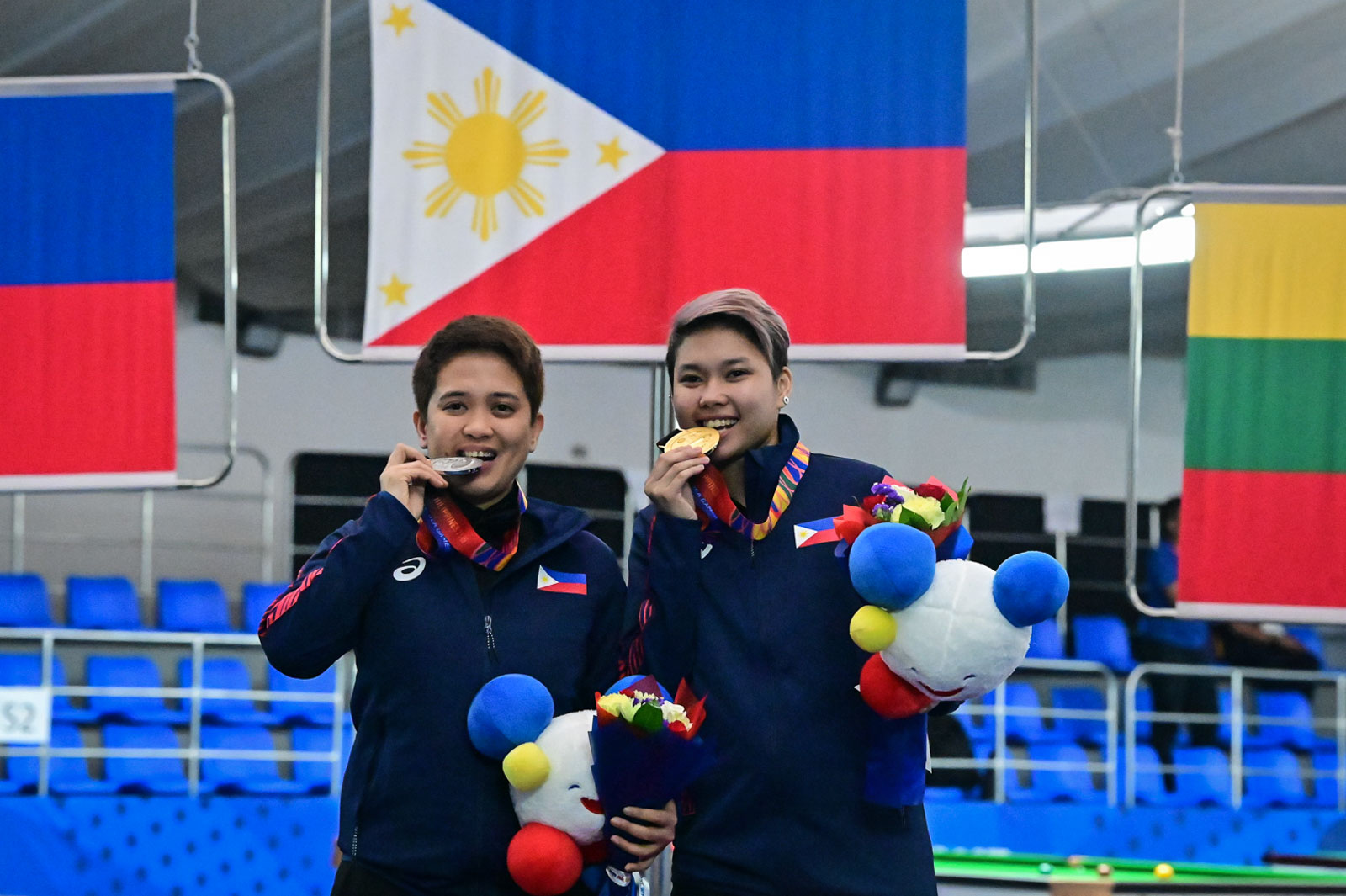 The 20-year-old Zamboanga City native secured a 2-nil edge to open the race-to-seven duel against her fellow Filipina, but Amit managed to trim the lead by one in the 3rd set.

Centeno added 3 more racks to the scoreboard, putting her one point away from a gold medal. However, the seasoned veteran in Amit refused to go down easily, capitalizing on her opponent’s back-to-back miscues to trail by 3.

Knowing the experience and capabilities of Amit, Centeno did not let up in the following rack, pocketing two balls in the break. She was clearing all balls en route to victory until the veteran Amit threw in her burgundy-colored handkerchief to concede.

Both ladies will meet again in the women’s 9-ball finals on Sunday, December 8. The two emerged triumphant in their respective semifinal games before they went head-to-head in their 10-ball clash.

It was an action-filled day for both Centeno and Amit as they also teamed up in women’s 9-ball boules qualifiers, defeating the Vietnamese tandem of Bui Xuan Vang and Doan Thi Ngoc Le, 7-4.

While Centeno and Amit had every reason to celebrate, it was different in the case of former world champion Carlo Biado as he bowed out of the 10-ball tourney against Indonesia’s Kadir Ismail, 9-2, in the quarterfinal round.