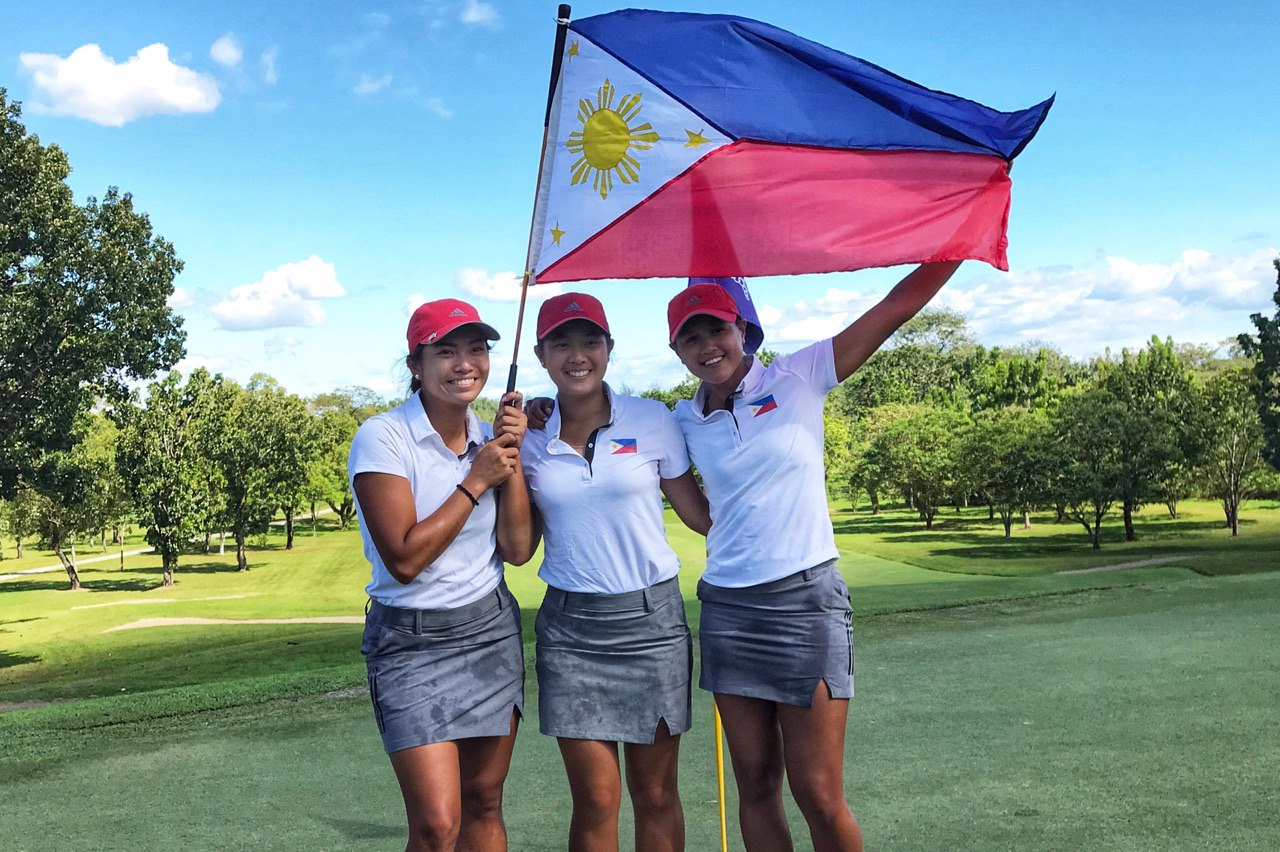 Bianca Pagdanganan and Lois Kaye Go, who won the 2018 Asian Games team event gold with Saso, paired up for a 136 card to edge out Malaysia in the 2019 Southeast Asian Games golf team event on Sunday, December 8 at the Luisita Golf and Country Club.

The Malaysian duo of Ashley Lau and Natasha Oon had a combined score of 140 against the Philippine squad that also included Abegail Arevalo.

Pagdanganan, who copped the gold in the individual stroke play, breezed past Oon to win the match just in the 16th hole with a tally of 62.

Thanks to Pagdanganan’s big lead, Go managed to close out the team event when she edged out Lau, 74-75 in the 18th hole.

“I knew that Bianca won her match in the 16th hole and I was on 17th and all I had to do was tie,” Go said of her closeout game.

“Obviously, it was so nerve-racking because Ashley is a great player. Like anything can happen in match plays, so I decided to stick to my game plan.”

On Saturday afternoon, Pagdanganan and Go kept the bid for a twin kill alive after beating Indonesia on the first of the two-day affair.

The men’s side landed its first podium finish in the team event as Luis Castro edged out Indonesia’s Jonathan Wijono for the bronze. – Rappler.com