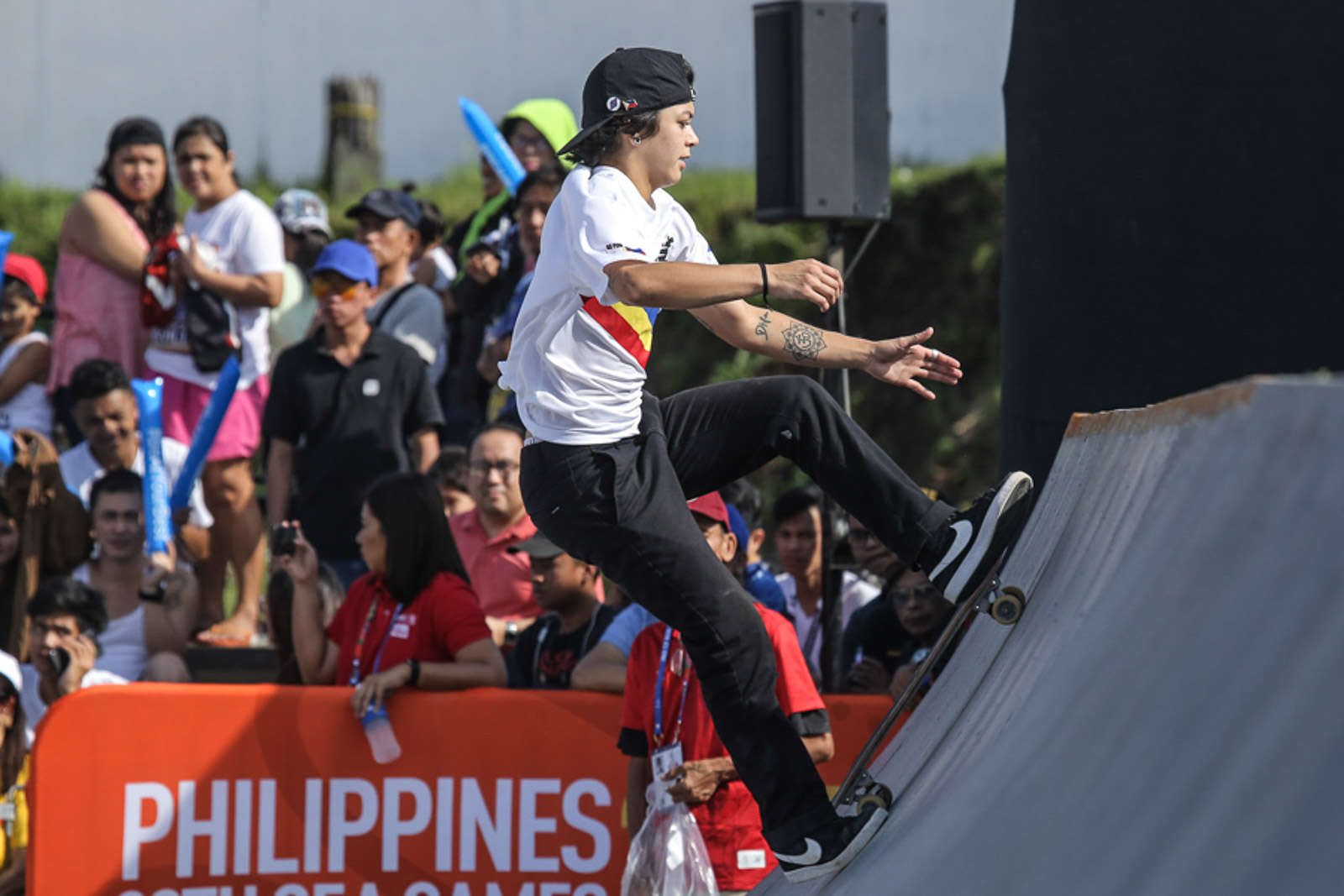 Means figured in a tight battle against Indonesia’s Nyimas Cinta, but the 22-year old skateboarder surged by a thread and scored 11.20 in her second run, enough to top Cinta’s 10.76 points.

Cinta secured the silver and fellow Indonesian Neepa Pramesti got the bronze medal after finishing with a score of 8.10.

As she wrappped up her first SEA Games stint, Means appreciated the support of the Filipinos and called it a “wild experience.”

“To have the whole country backing you is super humbling experience, and all that I’m thinking is just I wanna make you guys proud,” Means said.

Francisco, who celebrated his birthday the day before, dominated the event as he made the crowd roar with his amazing tricks in the his two runs that eventually gave him the top spot with a score of 42.20.

“My preparation was that, I just skated everyday and had fun with it,” Francisco said.

The 18-year old skater had a rough start in his first run, but still managed to finish strong to hold the top spot.

“Before you drop in, there’s a lot of adrenaline and your legs get very shaky and my hands get really sweaty too.”

“But once you drop in, it honestly all goes away and you’re just skating like it’s practice,” he added.

Jason Lijnzaat from Indonesia came in second as he scored 33.33 while Thai skater Brian Van Upapong notched the bronze with 26.33 points.