Surf savior and champ Roger Casogay: ‘I’m not a hero’ 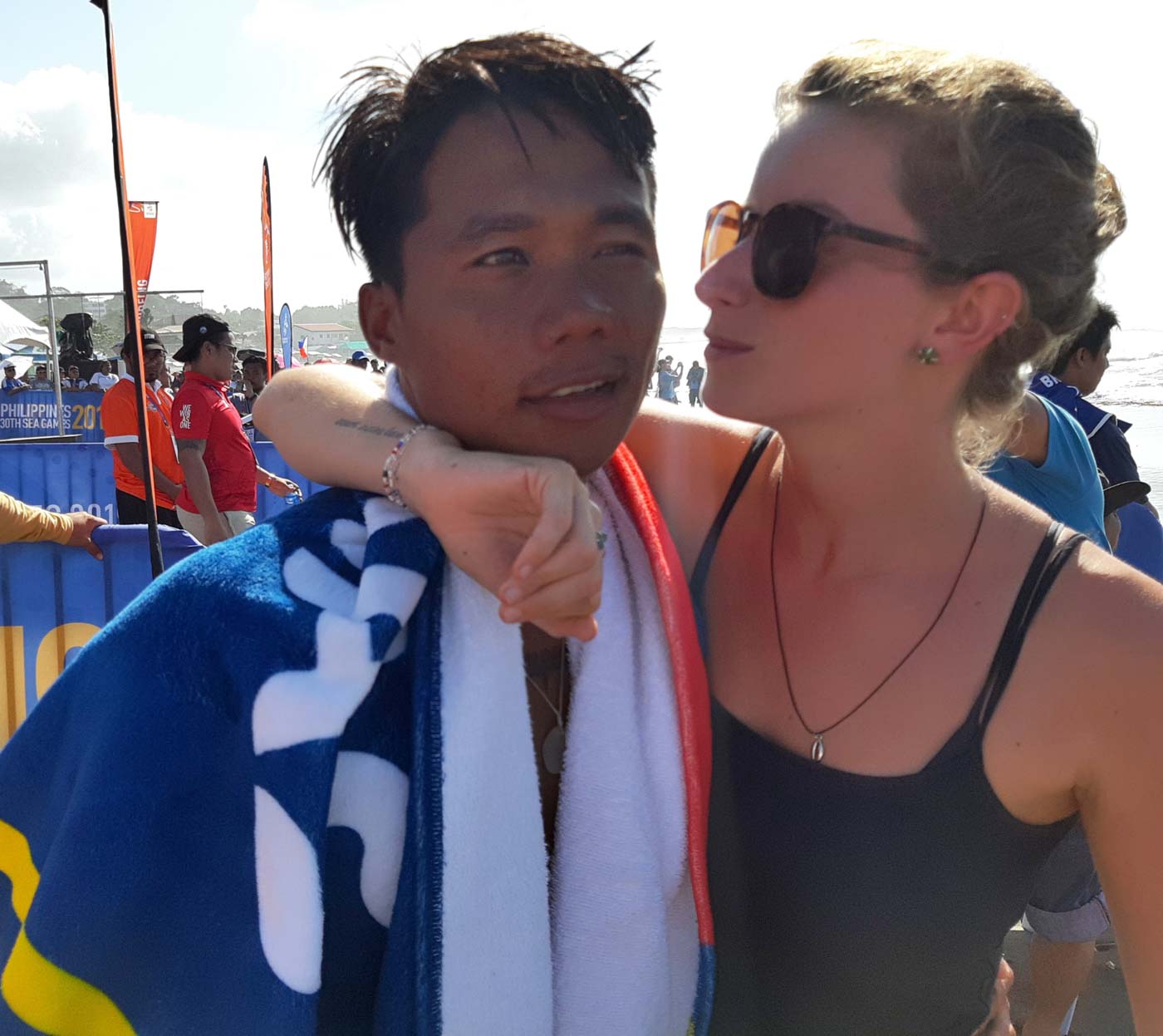 “No, I’m not a hero,” Casogay said. “I didn’t really save him from drowning. He is a good swimmer. I just calmed him down.”

Casogay went viral on social media. In the last heat on Friday, December 6, Casogay was battling Arip Nurhidiyat when the Indonesian’s surfboard had its leash detached during the men’s longboard event of the Southeast Asian Games at Monaliza Point here.

And from many accounts, Casogay rescued Nurhidiyat without regards for the result. (READ: ‘Heart of gold’: Pinoy SEA Games surfer lauded for saving competitor from drowning)

In the title round, Casogay emerged as champion with a score of 14.50, narrowly beating Esquivel’s 14.20 mark. (READ: Hero surfer Casogay beats Indonesian he saved before golden ride)

Casogay said he might keep the windfall from his winning in the bank.

Casogay’s girlfriend of 3 years, Lisa Verweij, brought her family all the way from Netherlands to cheer him.

On Casogay’s heroism, Verweij said he did it out of humanity.

In the finals, Casogay also did something heroic for himself during the all-Filipino duel of the longboard open.

Halfway through his 25-minute battle with Esquivel, Casogay’s surfboard broke.

He quickly went ashore and had it replaced.

Meanwhile, Esquivel managed to ride a wave and scored a 7.25, one of the best in the day.

Casogay paddled back and luckily got a clean wave and scored a whopping 8.75.

Getting more aggressive, he again rode the next wave with 4 minutes remaining and scored 5.75 points for a total of 14.5 points.

With only a minute and thirty seconds, Esquivel caught his last wave and surfed it till the end.

Esquivel was the first to reach shore, needing oxygen for his last ditch effort. His townmates surrounded him with consolations.

But the day indeed belongs to the instant hero. – Rappler.com