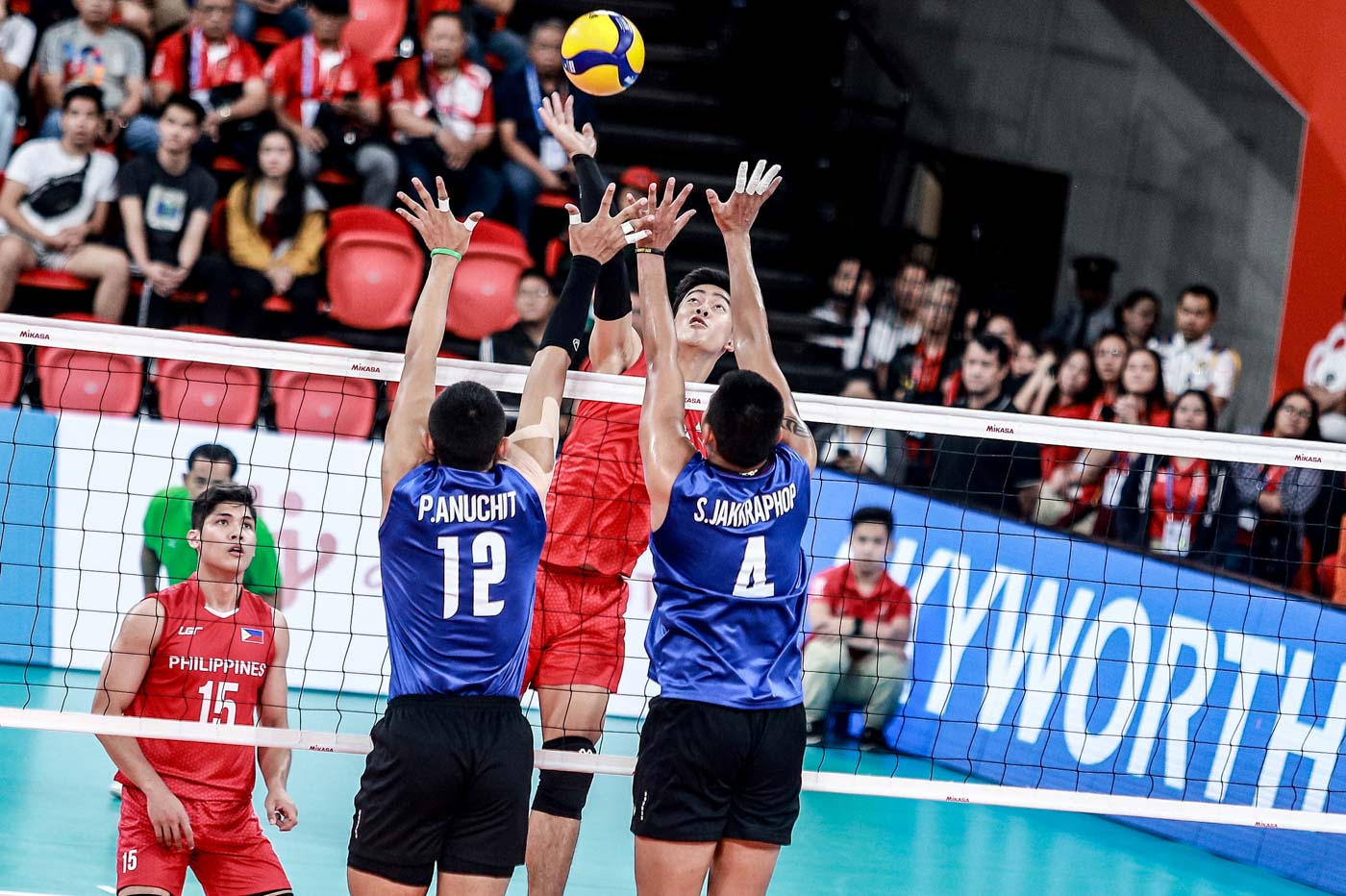 With the huge win, the Filipinos advanced to their first SEA Games gold medal match in 42 years at the expense of the 39th-ranked team in the world.

Bryan Bagunas delivered the final blow, willing his team to match point off a crucial block, 16-15, before sealing it with a kill in the grueling semifinal showdown.

The Philippines will battle Indonesia for the gold on Tuesday, December 10.

After giving up a quick 17-25 1st set to the Thais, the Philippines rebounded in a big way, taking Set 2, 25-20, after consecutive Kim Malabunga hits to cap the frame.

Rex Intal came alive in the 3rd set as the Philippines traded blows with the Thais.

Marck Espejo then scored consecutive points to tie it up 23-all before 6-foot-8 Thai-Malian behemoth Kissada Nilsawai closed out the set on an Espejo block, 25-23.

The Filipino spikers fought hard as proven by back-to-back points from Espejo and Malabunga, 21-22.

And just when it looked like that the Thais had their number on both ends, the Nationals rallied to steal the extended set, 27-25, and force a deciding 5th frame.  – Rappler.com