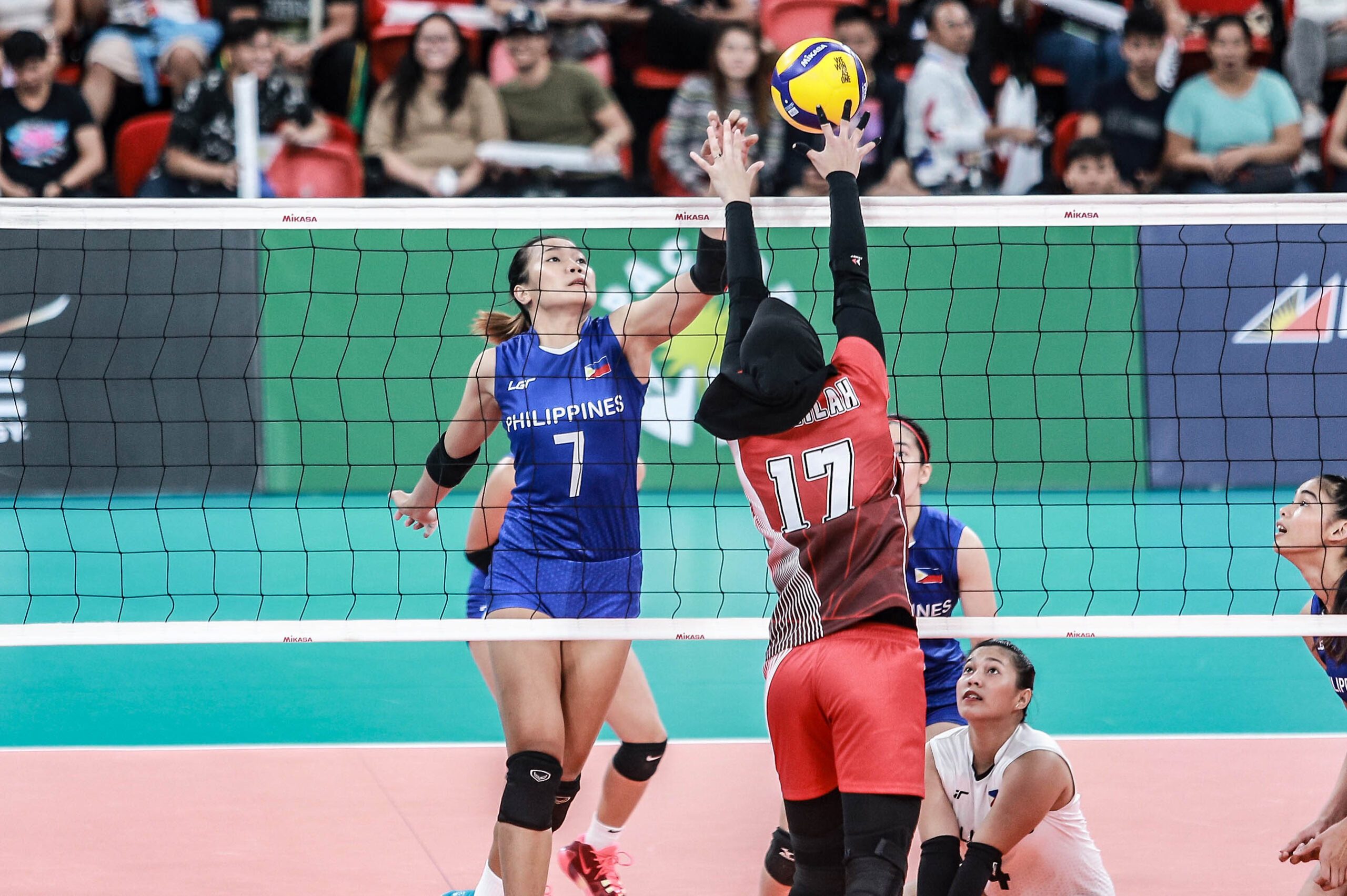 MANILA, Philippines – The bronze medal was within reach, only to be snatched away in the final minutes.

After reaching match point, the Filipinas looked all set to cop their first podium finish since 2005, the same year the country last hosted the biennial meet.

But the Indonesia side showed end-game poise as the Philippines wound up winless in 4 games in the tournament.

After Ces Molina clinched match point, 14-12, Indonesia completed a stunning 4-0 run to steal the match and the podium finish.

The Philippines’ medal hopes looked bleak at the end of the 3rd set, as Indonesia cruised to a 2-1 lead off a 25-15 frame.

However, the Filipina spikers came alive in the do-or-die 4th frame thanks to the stellar play of substitutes Mika Reyes, Eya Laure, Jovelyn Gonzaga and Rhea Dimaculangan.

From a massive 21-12 lead, however, the Indonesians fought back as near as 5, 18-23, capped by a big Megawati Pertiwi spike on Laure.

Still, the Filipinas got their bearings back and closed out the frame, 25-20.

Both squads then traded blows until Indonesian errors pushed the Philippines to a 10-7 lead after a Mylene Paat kill and a Molina spike. – Rappler.com