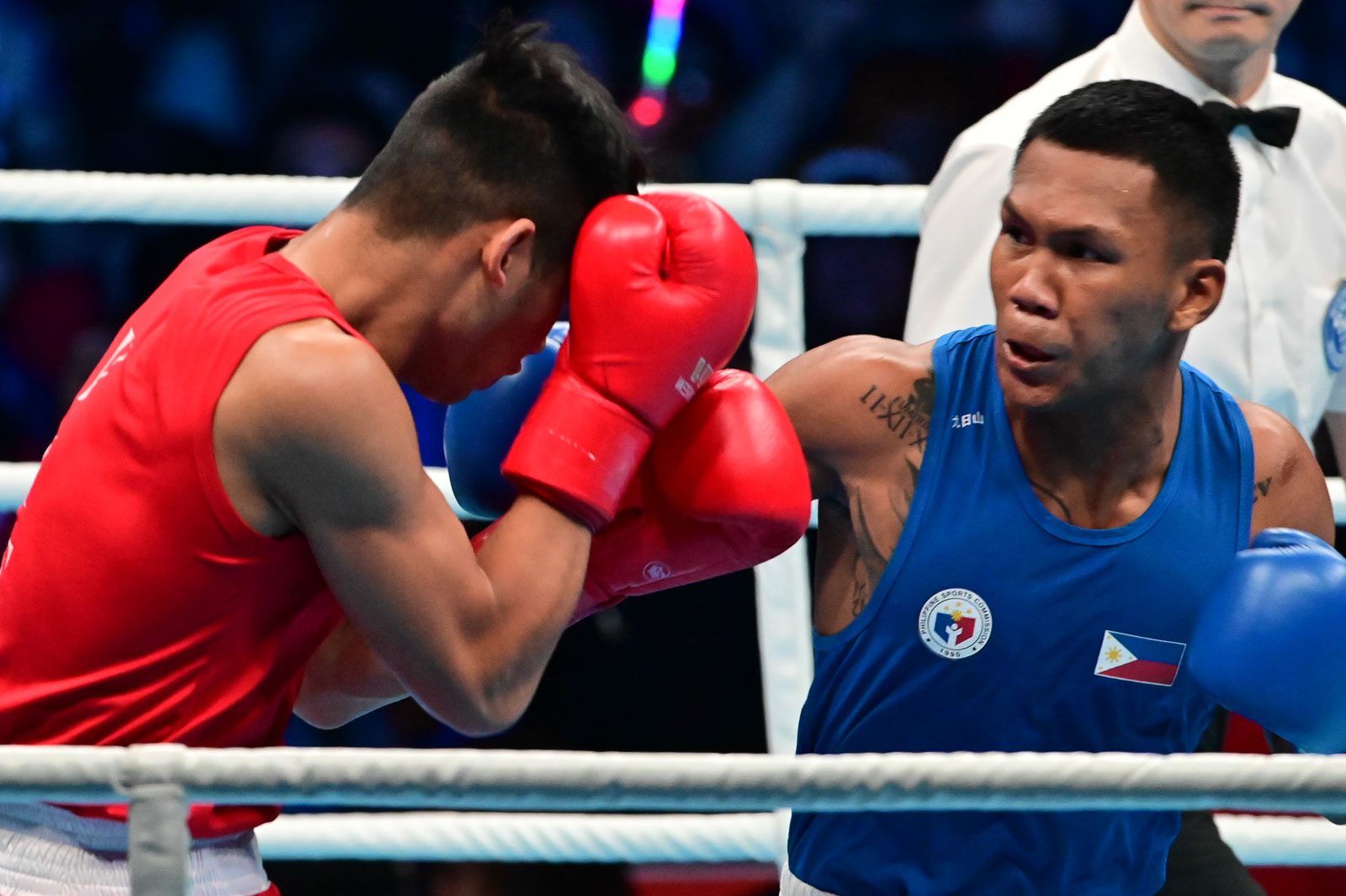 Drawing an enthusiastic ovation from the crowd, Marcial came out like a ravenous brute as he rocked Nguyen to his core with lethal blows to the midsection and then rattled a pair of ferocious hooks.

After attaining a standing eight-counts in less than a minute, Marcial brought Nguyen to his knees with a shovel hook to the ribcage. The Vietnamese struggled to beat the count, forcing the referee to wave him off.

The winning trend continued in the lightweight bracket, where Charly Suarez put forth a performance to remember as he prevailed over Thailand’s Khunatip Pidnuch via dominant unanimous decision, 5-0.

His strong right fist was all Suarez needed throughout the encounter as he caught and stunned Pidnuch several times, which prompted the referee to call for a standing eight-count twice in the 2nd round.

While the Thai fighter miraculously found his groove in the 3rd canto, Suarez dug deep to dodge an upset win on the scorecard and teed off his reliable right hand to coast to his first SEA Games gold medal since 2011. James Palicte, the younger brother of former world title contender Aston Palicte, had to squeeze himself through the eye of a needle to stake his claim for a gold medal in the light welterweight division against Vietnam’s Nguyen Van Hai, 5-0.

Palicte and Nguyen enacted proficient strategies from bell to bell, with the Filipino utilizing his speed and power to connect a handful of thudding blows on the Vietnamese, who responded with solid hooks.

After going back-and-forth for 3 tough rounds, Palicte was declared the victor by way of close unanimous decision.

Fresh from his semifinal triumph a day earlier, Rogen Ladon picked up where he left off and effortlessly cruised to a gold medal in the flyweight division, outclassing Thailand’s Ammarit Yaodam with his superior boxing pedigree for a shutout unanimous decision, 5-0.

The 26-year-old Olympian from Bago City, Negros Occidental banked on his counterpunching ability over the course of 3 rounds, creating advantageous angles to unload his powerful right hand that landed flush on the Thai’s head on numerous occasions.

Entering the 3rd and final frame, it remained a one-way traffic in favor of Ladon. But Yaodam employed rough and dirty tactics in an attempt to put him off his game.

As his hopes to finally amass a gold medal in the regional meet hung by a string, Ladon stayed the course, finishing the last round on a strong note.

The 21-year-old Filipino prospect exhibited the more eye-catching blows from the get-go, landing a torrent of crisp jabs to set up his smacking overhand right to daze his opponent who postured as a stationary target.

On the receiving end of staggering combinations, Langu had nothing to offer to disrupt the Pinoy counterpuncher’s brilliant rhythm despite not being the aggressor for the majority of the bout.

In the end, Paalam took home the gold medal, winning over all of the 5 judges’ approval at ringside.

One Filipino had to settle with a bridesmaid finish in the boxing tourney. Marjon Piañar came up short in the welterweight finals, dropping a unanimous decision to Thailand’s Wuttichai Masuk, 5-0.

Masuk’s aggressiveness was too much to handle for the long-limbed Piañar, who sported a meager defensive guile that turned him into an unfortunate recipient of the Thai slugger’s solid blows in 3 rounds. – Rappler.com