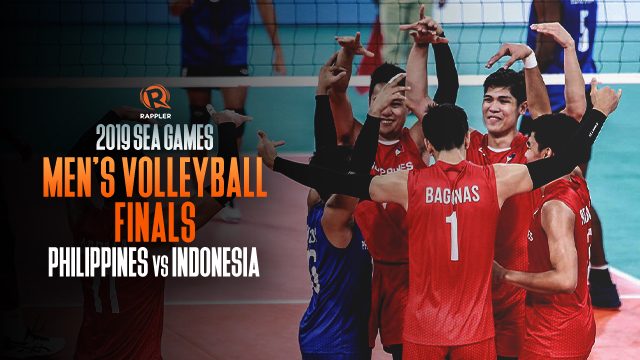 Already assured of their best finish since 2005, the national team took it one big step further by completing a miraculous five-set comeback to dethrone four-time defending champion Thailand in the semifinal match.

The game looked all but over in the 4th set after the Thais reached match point, 24-21, which prompted some fans to head for the exits.

However, the star duo of Bryan Bagunas and Marck Espejo boosted by timely substitute Rex Intal had other plans for the night and somehow extended the match to a final 5th frame.

There, the Filipinos dug deep one more time and secured their first gold medal match in 42 years after rallying from 13-14 match point to the 17-15 finish.

After their last loss against Indonesia, Philippine head coach Dante Alinsunurin expressed his desire for a rematch if ever the two teams reached the finals.

Indeed, that vision came true as more history is up to be written in the championship showdown at 6 pm on Tuesday, December 10 at the PhilSport Arena in Pasig City,

Will the Filipinos finally turn the corner away from dark times or will the Indonesians hand them one last heartbreak?