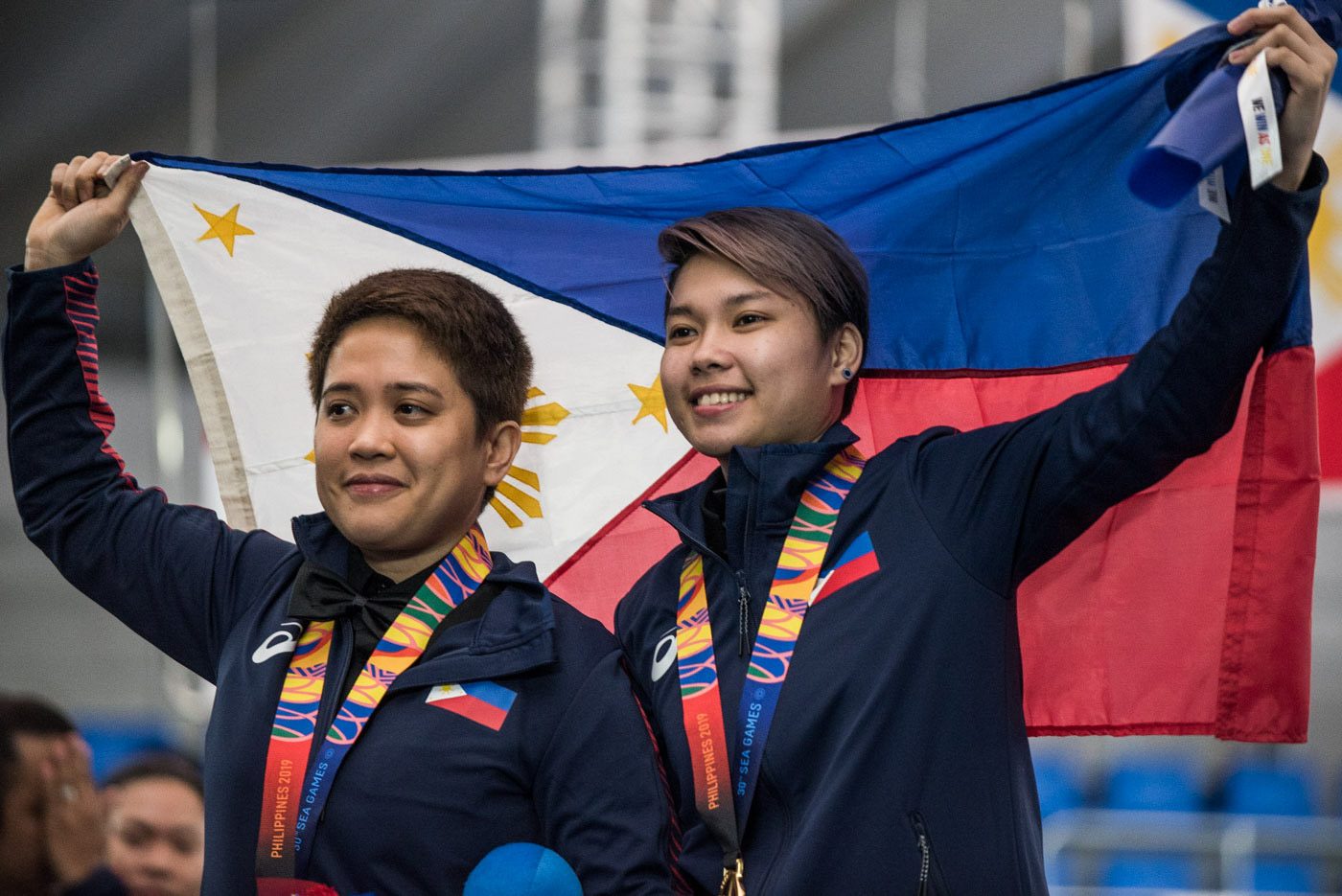 Facebook Twitter Copy URL
Copied
After copping a gold each in singles play, Rubilen Amit and Chezka Centeno team up to rule the women’s 9-ball doubles

MANILA, Philippines – The billiards duo of Rubilen Amit and Chezka Centeno proved to be a lethal combination on the pool table as they hauled a gold medal in the women’s 9-ball doubles on Tuesday, December 10 at the Manila Hotel Tent.

The pair teamed up to blank the Indonesian tandem of Fathrah Masum and Nony Andilah in the finals, 7-0, to walk away with the gold on the last day of the 2019 Southeast Asian Games pool events.

Masum and Andilah did not appear to be a threat to the Filipina duo as Amit and Centeno basically had their way all throughout the contest, scoring rack after rack to widen the gap.

Though they encountered minor hiccups that the Indonesian twosome failed to capitalize on, Amit and Centeno were always a step ahead, making it count whenever they had the turn to pocket balls.