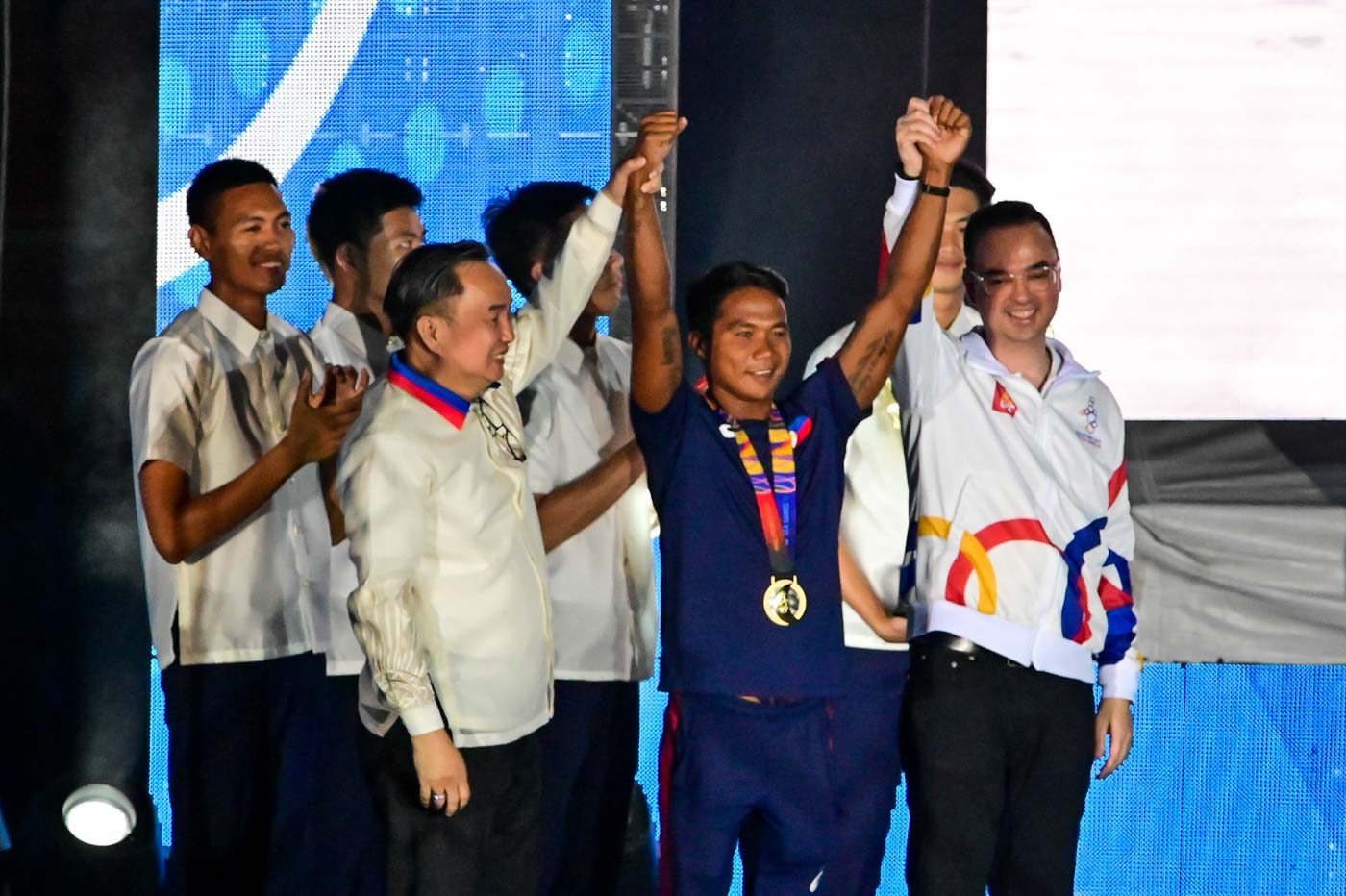 MANILA, Philippines – Roger Casogay got feted for putting humanity over victory as the Filipino surfer received the Fair Play Athlete of the 2019 Southeast Asian Games on Wednesday, December 11.

Helping Indonesia’s Arip Nurhidayat get back to safety after losing his surfboard in the middle of competition, the Filipino surfer was recognized in the closing ceremonies at the New Clark City Athletics Stadium in Capas, Tarlac.

Casogay, though, insisted what he did was not a heroic act, noting that Nurhidayat – more commonly known as Mencos – is also a good swimmer and just needed assistance as the Indonesian’s surfboard leash broke.

Nevertheless, that did not make his deed any less impressive, with Casogay called up to serve as the Philippines’ flag bearer for the closing ceremonies.

“[In] surfing, you treat [everyone] as a family,” Casogay, who won the gold medal in longboard open, told Rappler.

The two were the winningest athletes of the SEA Games, each winning 6 gold and 2 silver medals in swimming. – Rappler.com