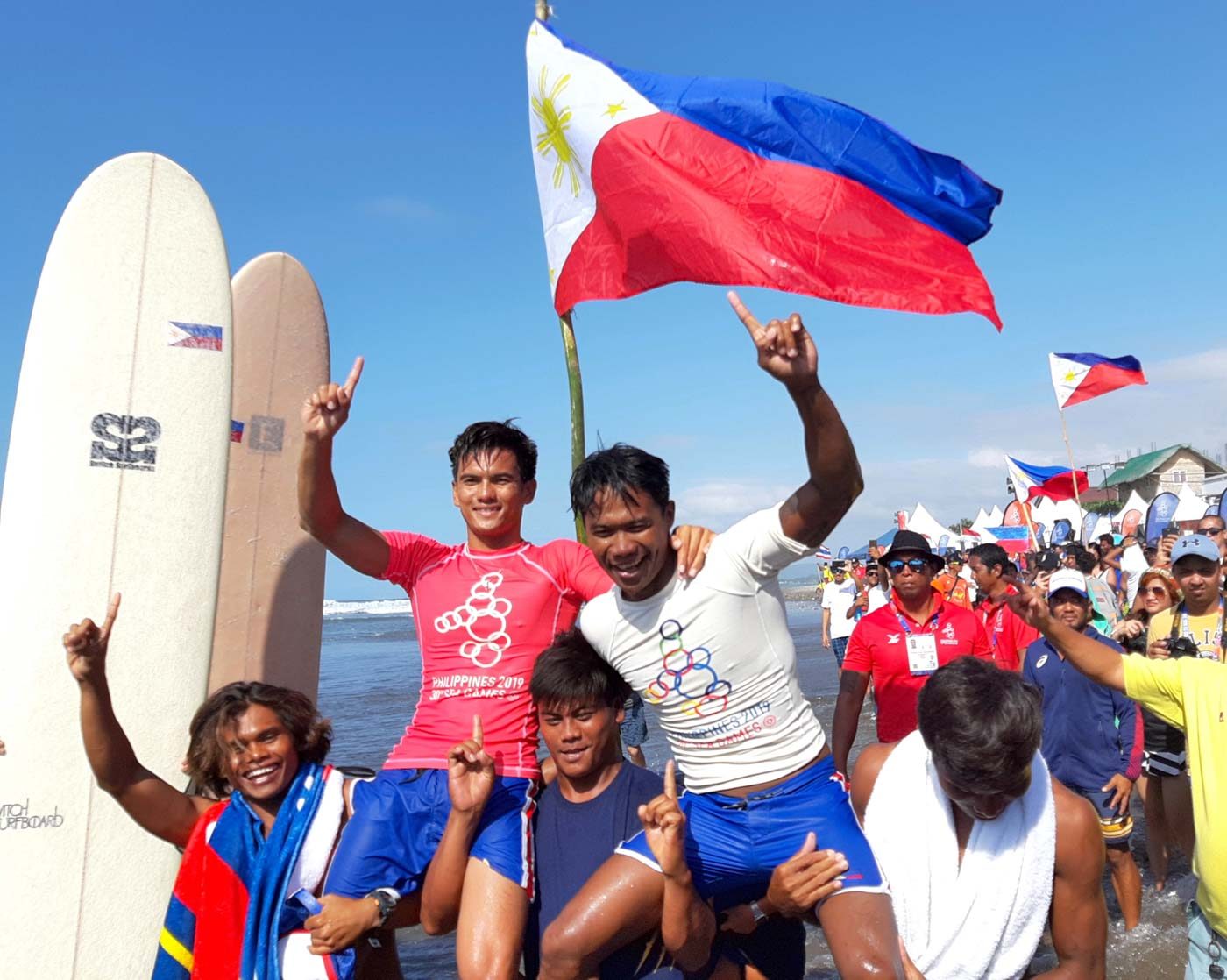 Facebook Twitter Copy URL
Copied
Sporting spectacle aside, here are some unusual and unforgettable moments in the 2019 Southeast Asian Games

CLARK, Philippines – The 2019 Southeast Asian Games, which drew to a close on Wednesday, December 11, not only produced sporting drama, but also some unusual and unforgettable moments. Here are 5 of the most memorable:

Filipino gold medalist Roger Casogay was hailed as a hero for saving an Indonesian competitor during the surfing competition.

Casugay, from the northern town of Bacnotan near the La Union venue, became an online sensation after he leapt from his longboard to help Arip Nurhidayat who had got into difficulty in choppy waters.

The 25-year-old managed to reach Nurhidayat in the swell, and the pair rode back to shore together on Casugay’s board.

“He thanked me and then said sorry,” the Filipino said. “I told him not to say sorry because that’s the way it is. There is no way of knowing what will happen.”

The SEA Games marked a first crack at the sporting mainstream for esports which was a full medal event at an Olympic-recognized multi-sport competition for the first time.

Video gaming featured at last year’s Asian Games as a demonstration sport, but has been dropped for 2022.

Players from 9 countries competed at a darkened arena in Manila over 6 days for medals in 6 disciplines.

Singaporean swimmer Joseph Schooling famously beat his idol, US legend Michael Phelps to win Rio Olympic gold in the 100m butterfly, but was worryingly out of form and out of shape just 7 months from Tokyo 2020.

Fans questioned his bulky frame and Schooling, 24, admitted he needed to change things after winning only one individual gold.

“Of course, no one likes to lose, that’s why we do this,” he said after being beaten twice by younger teammates and having to settle for silver each time.

“This is a good reality check,” he said, pledging to consult his nutritionist to “fix this”.

President Rodrigo Duterte showed off some of his dancing skills at the opening ceremony as he grooved along to Philippines classic Manila by Hotdog.

The loudest cheer of the night came when Duterte – sat alongside Sultan of Brunei Hassanal Bolkiah – was seen on his feet and shaking his hips as the national athletes paraded around the indoor Philippine Arena.

Duterte had apologized the day before following a string of gaffes and chaotic organisation which even sparked the hashtag #SeaGamesFail.

A Filipino martial artist almost gave up a chance of gold when he refused to don underwear beneath his loincloth.

Crisamuel Delfin eventually topped the podium in the arnis competition, but only after he was persuaded to sport a bikini-type thong.

“In the Ifugao Igorot culture, it’s an insult to the cultural traditions if you wear undergarments under the loincloth,” said senator Miguel Zubiri, the president of the Philippines Arnis Federation.

Delfin’s coach argued with judges who insisted the fighter covered up in case the loincloth moved to expose parts not normally seen on live television.

“Eventually he agreed to wear it,” said the coach. “He was willing to be disqualified.” – Rappler.com