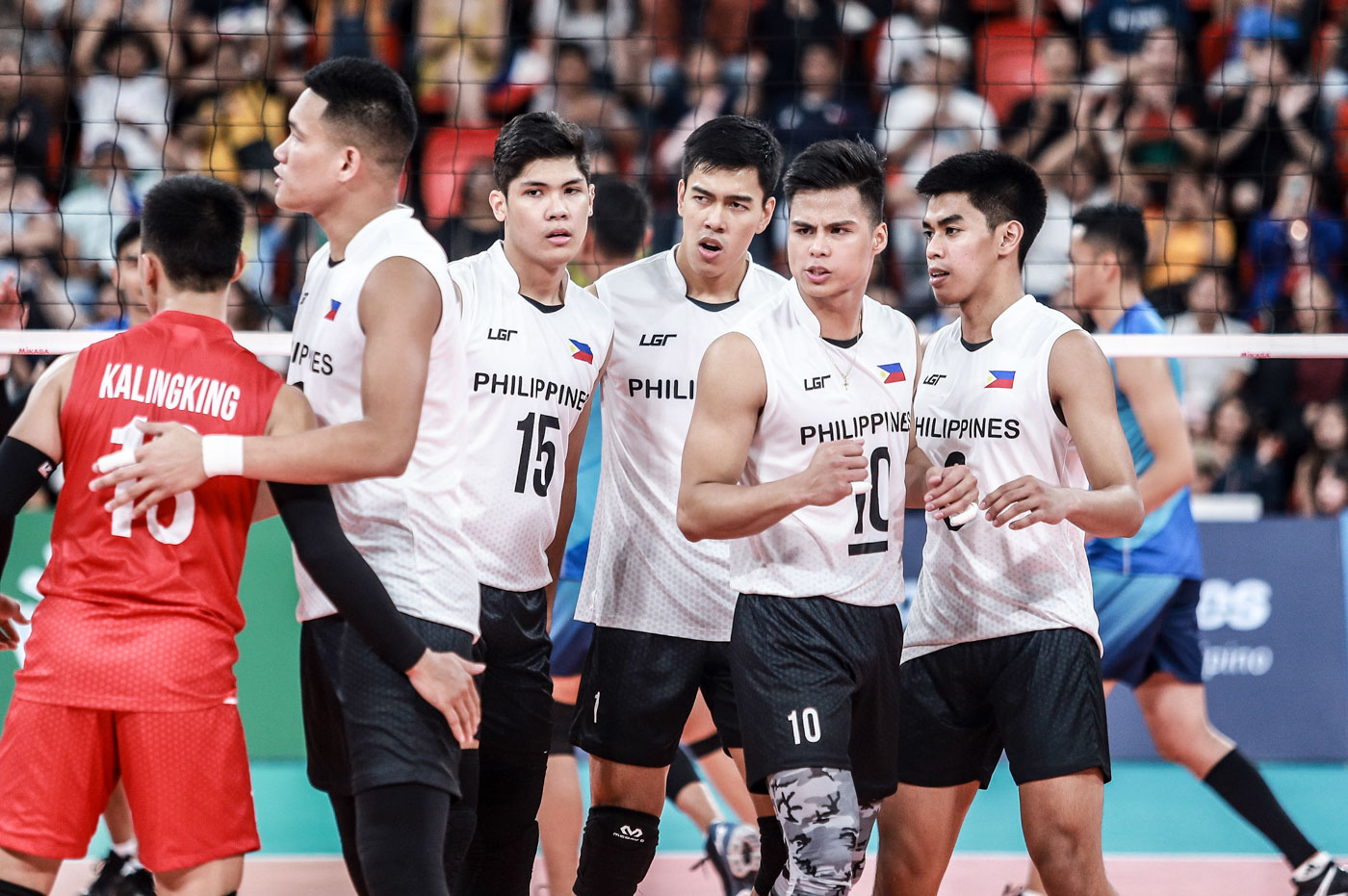 MANILA, Philippines – Hoping to sustain the gains of its historic run in the 30th Southeast Asian Games, there’s no way but up for the Philippine men’s volleyball team.

So expect a busy 2020 for the Filipino spikers as the Larong Volleyball sa Pilipinas Inc (LVPI) and the coaching staff plot a better training program and line up more international competitions.

(We’re really hoping our training would continue, it’s important for us because we just started the program.)

The Philippines scored a breakthrough silver in the regional meet, its first since 1977 as the surprise run also ended a 28-year wait for a podium finish.

Right after the gold medal match where the Nationals bowed to Indonesia, the LVPI assured the squad that its hard work will be rewarded with sufficient support from the federation.

LVPI board member and national team program head Peter Cayco said team and federation officials will meet by January to finalize plans for 2020.

(If we want to raise our level of play, we really need to start training by January.)

Before the SEA Games, the Nationals attended a 16-day training camp in Japan and also competed in the Thailand Open Sealect Tuna Volleyball Championship where they won a bronze. – Rappler.com