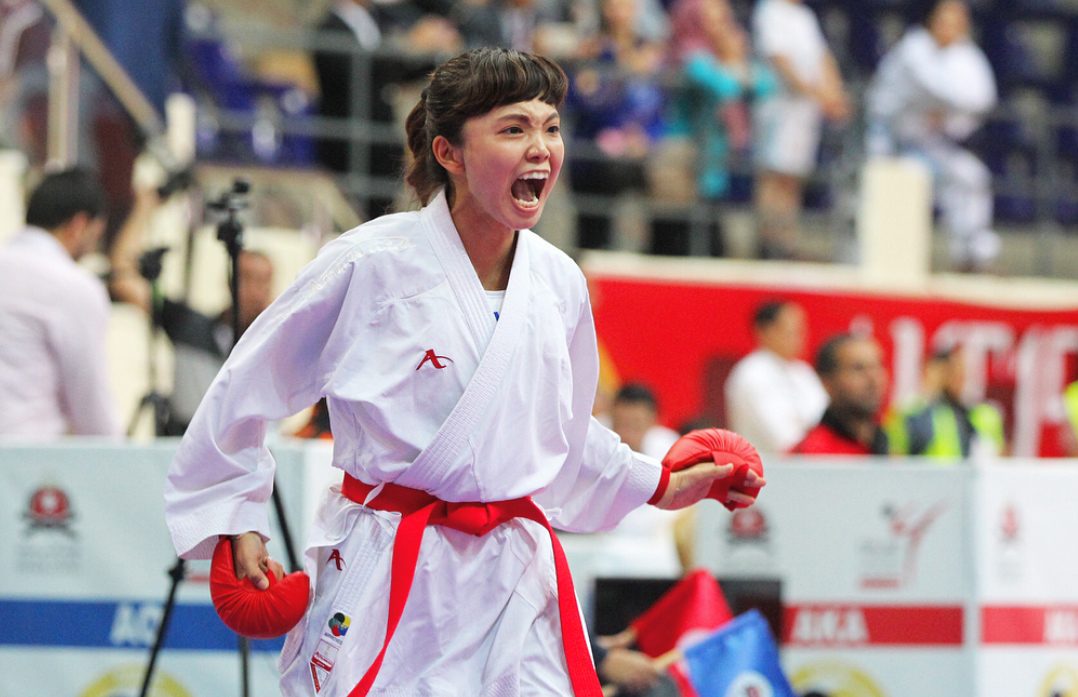 MANILA, Philippines – National karateka Junna Tsukii managed to secure the support of the Philippine Sports Commission (PSC) chairman William “Butch” Ramirez in her journey to qualifying for the Tokyo 2020 Olympics.

“Now after the SEA Games, I talked to PSC, so they’re helping me and they gave me the permission to join Olympic qualifying tournaments and trainings, so next year, I want to prepare for my Olympic road and my plan is to train in other countries who have strong players,” Tsukii told Rappler.

According to Tsukii, she needs to score a gold or two silvers in one of the 6 qualifying tournaments in order to crack into the top 16 women who will qualify based on their world ranking by April 6, 2020.

The Filipino-Japanese karateka will have an early start to 2020 as she will compete in the Karate 1-Series A in Santiago, Chile before flying to Paris, France for the Karate-1 Premier League.

In between the two major competitions, Tsukii will join a joint training camp along with other international karatekas.

After revealing that she was bullied by national team head coach Okay Arpa after winning the 2019 Southeast Asian (SEA) Games gold, Tsukii said that she wanted to fix the estranged relationship between her and the Turkish coach. (READ: Junna Tsukii ‘bullied’ by coach after clinching SEA Games karate gold)

“I want to fix the problem because it’s not good for my team,” said Tsukii.

Karate Pilipinas Inc (KPI) president Ricky Lim admitted that he was not informed of Tsukii’s “bullying incident” because of his competition manager duties in the SEA Games until she took it to social media.

He hoped that the issue could have been solved internally first, since he concluded that everything was a result of a miscommunication.

“The issue is that the coach is Turkish and she is Japanese and they can’t understand each other. But of course there’s an issue. I don’t want to dwell on that. I want to fix the relationship,” said Lim.

“I conclude that it was a miscommunication.”

According to Lim, he wanted to further investigate on the bad blood between Arpa and Tsukii as both of them used to be “close”.

“Meron pinagsimulan iyan and that’s what I want to find out because they were close. Magkadikit iyan tapos biglang naging ganyan (They used to be inseparable then now, they’re not in good terms).” added Lim.

Regarding his support for Tsukii’s Olympic dream, Lim clarified that he initially barred her from particpating in the Premier League in Madrid right before the SEA Games because he wanted to make sure that she would perform her best in the regional biennial meet.

After Tsukii delivered karate’s first gold from the 2019 SEA Games, Lim said that he would support the Filipino-Japanese karateka in her Olympic dream and allow the other national team members to join the special Tokyo 2020 qualifying tournament to be held in May in Paris.

“Definitely they will compete. We’re trying to raise funds for that. As early as January, they already have competitions. Defintiely, we’ll go for that.” – Rappler.com