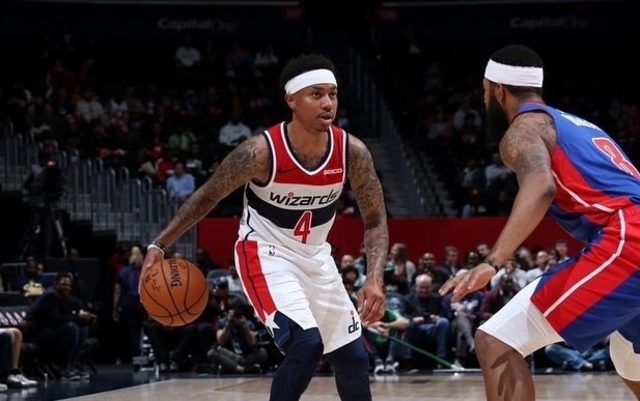 NEW YORK, USA – Washington Wizards’ Isaiah Thomas said two fans screamed an obscene phrase at him, which led to him confronting the hecklers and eventually getting suspended by the NBA.

Thomas was ejected in the Wizards’ 108-125 loss in Philadelphia on Saturday, December 21, for confronting the 76ers fans in the stands for what he later said were obscene comments and gestures.

He was later suspended by the league for two games without pay.

NBA rules dictate ejections and potential fines and suspensions for players who enter the spectator areas during games – measures aimed at preventing hostile interactions between fans and players.

Thomas said after the game that after he missed the first of two free throws but then made the second, the fan screamed an obscene phrase at him 3 times.

“I go in the stands, to confront him. I said, ‘Don’t be disrespectful. I’m a man before anything and be a fan,'” said Thomas.

“And his response was, ‘Sorry, I just wanted a Frosty.'”

The Wells Fargo Center operates a promotion with a fast-food company called the “Frosty Freeze-Out,” with fans receiving a free small cup of the frozen desert if a visiting player misses two straight free throws.

Meanwhile, the two spectators involved in the incident with Thomas have been banned by the 76ers from the team arena for one year and had their season tickets revoked as a result of the confrontation. – Rappler.com