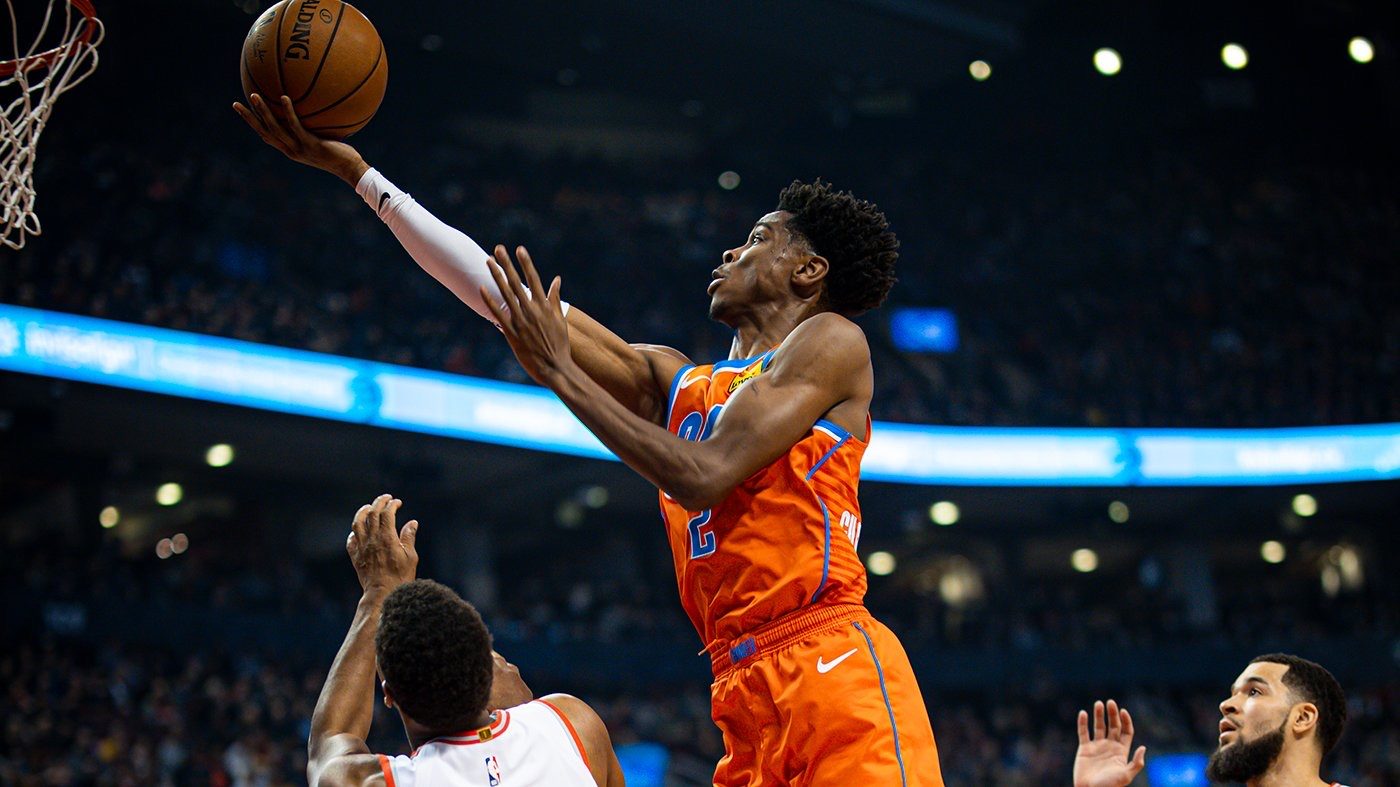 Chris Paul scored 20 of his 25 points in the second half as the red-hot Thunder won their sixth game in their last 7.

Kyle Lowry and Fred VanVleet each scored 20 points for the Raptors. Patrick McCaw added 13 points, Serge Ibaka had 12 and 14 rebounds while Terence Davis had 11 points in the loss.

Gilgeous-Alexander’s output was the most scored by a Canadian versus the Raptors.

@shaiglalex and @CP3 lead the @okcthunder to victory in Toronto!

Toronto led by 6 points halfway through the 2nd quarter. After the Thunder cut into their deficit, VanVleet’s three-pointer pushed  the lead back to 8 points, 42-34, with 3:44 left before halftime.

The Thunder went on an 11-0 run, capped by Gilgeous-Alexander’s three-pointer to lead by 3 points with 1:26 remaining, 45-42. The Raptors pressed late and the game was tied 47-47 at halftime.

The Thunder led by 8 with 9:35 left in the 3rd quarter but Toronto bounced back to take a two-point lead on Chris Boucher’s three-pointer. Toronto led 80-76 after 3 quarters.

In the final quarter, the Raptors failed to hold their lead and the Thunder led by 3 points on Paul’s jumper with 9:04 left. – Rappler.com