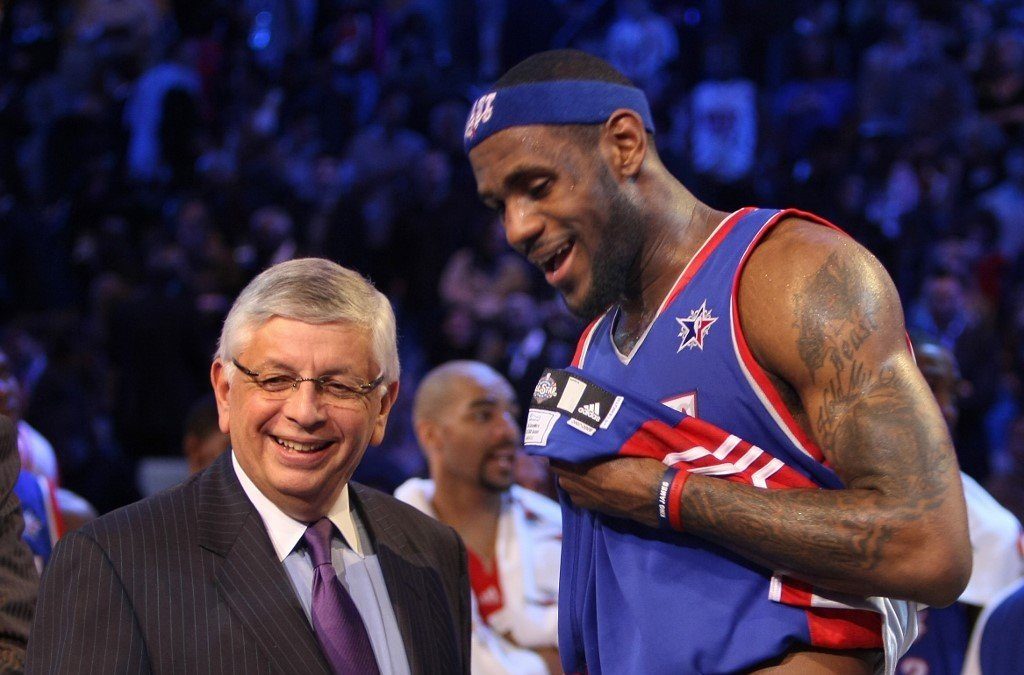 Facebook Twitter Copy URL
Copied
A basketball fan who used to work in his dad's deli, David Stern turned the NBA into a global sport and business empire like nothing else America had ever seen

WASHINGTON, USA – David Stern grew up in the 1950s working in his dad’s New York deli and became a basketball fan watching the hometown Knicks reach the NBA Finals from 1951 to 1953.

In the 1960s, he went to college, became a lawyer, then began handling legal matters for the league as the Knicks won their only NBA crowns in 1970 and 1973.

Come 1978, Stern began working for the NBA and in 1984 took over as the league’s fourth commissioner, starting a three-decade run that saw the league that entertained him as a youth transformed into a global sport and business empire like nothing else America had ever seen.

So when Stern died Wednesday, January 1, nearly 3 weeks after a brain hemorrhage, the NBA’s legendary players paid tribute to Stern’s ongoing legacy of global stars, a worldwide fan base and riches for team owners and players.

The NBA has annual revenues of $8 billion, Forbes magazine estimated last February, with the Knicks valued at $4 billion, the average club worth $1.9 billion and the average player earning an annual $7 million salary.

The game changed in so many ways under David Stern’s leadership and vision. He demanded the best of everyone because he gave it himself. #Respect Thank you Commissioner. RIP pic.twitter.com/veT9GQfrdC

The NBA featured 108 players born outside of the United States from 38 nations when the 2019-2020 campaign tipped off last October. There had only been 24 international players on opening night in 1994. (READ: Magic, Jordan among NBA stars ‘devastated’ by Stern’s death)

“Over the course of 30 years as commissioner, he ushered in the modern global NBA,” current NBA commissioner Adam Silver said of Stern.

“Because of David, the NBA is a truly global brand – making him not only one of the greatest sports commissioners of all time but also one of the most influential business leaders of his generation.”

I can not put into words what the friendship of David Stern has meant to me but many others. He changed so many lives. David was a great innovator and made the game we love what it is today. This is a horrible loss. Our hearts are with Dianne & their family. RIP my friend. @NBA pic.twitter.com/mbnneqm18s

Asked his greatest accomplishment in 2014 at his final news conference as commissioner before passing on the mantle to Silver, Stern couldn’t find an answer.

“I don’t have a good answer for that question,” he said. “I’ve been knocking myself out for 30 years, and we’ve had some good successes, we’ve had some difficulties.

“If you just look to what the modern NBA has become, my greatest accomplishment was in hiring the now 1,200 people that used to be 24 that have taken the league to where it is and… where it’s going, which is higher yet.”

The NBA stretched its embrace of global talent wide and made humanitarian strides as well.

“The game changed in so many ways under David Stern’s leadership and vision,” tweeted retired NBA superstar Kobe Bryant. “He demanded the best of everyone because he gave it himself.”

‘There are no words’

Stern promoted NBA stars over such epic clubs as the Los Angeles Lakers and Boston Celtics.

“There are no words that can really describe the far-reaching impact of commissioner Stern’s brilliance, vision, fairness and hard work over so many years,” Celtics legend Larry Bird said.

David Stern was such a history maker. When I announced in 1991 I had HIV, people thought they could get the virus from shaking my hand. When David allowed me to play in the 1992 All Star Game in Orlando and then play for the Olympic Dream Team, we were able to change the world.

Stern was a visionary and innovator, imposing a dress code to boost player images with an eye to marketing and creating the NBA Draft Lottery, so the worst clubs didn’t automatically receive the first chance at new talent, concerned about the integrity of games even for league doormats.

“Every time there’s a change, people who might have had an idea and thought maybe they shouldn’t suggest it because it’s being done a certain way, it’s an opportunity for them to say, ‘OK, here we are, what should we do differently?'” Stern said in 2014.

“The worst answer you can ever give me is we did it because it’s the way it’s always been done, because we try to change things every day. I’m sure the NBA is going to be better for it, and that makes me feel very good.” – Rappler.com