Jan 4, 2020 4:04 PM PHT
Agence France-Presse
Facebook Twitter Copy URL
Copied
'It was just another game for me,' says Lakers star Anthony Davis after another big night against his former squad 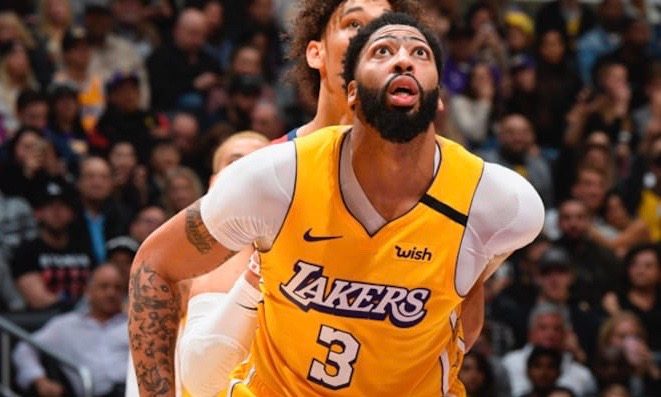 Davis said his second 40-point game against the Pelicans wasn’t as emotional as his 41-point performance last November in New Orleans, where he began his NBA career as the overall top draft pick in 2012.

“It was just another game for me,” said Davis, who also pulled down 13 rebounds. “The first game in New Orleans was definitely a lot more emotional, not only going against my former team but playing in that arena again.

“Tonight I think my teammates just gave me great opportunities and put me in great position to score the basketball.”

While it felt like a regular day at the office for Davis, 3 players traded by Los Angeles to obtain him – Lonzo Ball, Brandon Ingram and Josh Hart – may have felt those emotions flowing when the Lakers played a highlight video featuring the trio.

Ball scored a team-high 23 points and Ingram added 22 for the Pelicans, who cut a 22-point deficit at the start of the 4th quarter to just 7 with 2:25 remaining.

A three-pointer from Danny Green, a steal by LeBron James and a basket by Davis pushed the lead back to double-digits and the Lakers won their fourth straight since halting a four-game losing streak for a Western Conference-best record of 28-7.

Green finished with 25 points and James chipped in 17 points and 15 assists – including a lob pass to Davis who threw down a dunk with 3:42 remaining.

“He just scored in every way that you can,” Lakers coach Frank Vogel said.

AD talks about his 46 point performance, facing his former team, and how he continues to build cohesion with LeBron James pic.twitter.com/nXjPAJtR9g