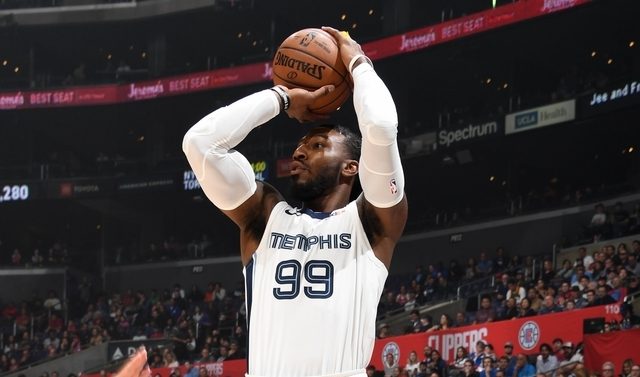 Jae Crowder scored 27 points, Jaren Jackson Jr added 24, and Ja Morant and Dillon Brooks notched 22 apiece for the Grizzlies, who produced their highest-scoring game of the season in a 140-114 victory over the Western Conference-contending Clippers.

“They were faster, quicker, they played harder,” Rivers said. “They were clearly the tougher team. Honestly, they deserved to win the game.”

With Paul George sitting out because tightness in his left hamstring and Patrick Beverley missing a third straight game with a sore wrist, Rivers said the rest of the Clippers failed to step up.

“Paul George and Pat had nothing to do with this game,” the coach said. “We didn’t guard anybody.

“We didn’t play together on offense either … I just think we came to the game today, we showed up and thought we were just going to win and we got our butt kicked — and we deserved to.”

Memphis, up by 8 at halftime, scored the first 7 points of the 3rd period.

That included a free throw off a technical foul against Leonard, who was whistled for just the second regular season tech of his career for arguing an out-of-bounds call.

Down by 24 at the end of the 3rd quarter, the Clippers heard boos from the home fans at Staples Center.

Rivers admitted he had some sympathy for supporters who had expected to see better against a Grizzlies team that came into the contest third-from-last in the Western Conference.

Although he said before the game that the early tip-off time was disruptive, he was not about to let his own players off the hook.

“They played at 12 [noon] too,” Rivers said. “Maybe their alarm clocks are better than ours.” – Rappler.com