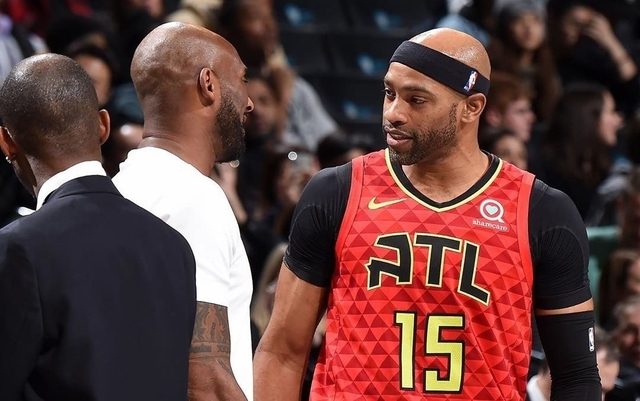 LOS ANGELES, USA – Evergreen Vince Carter made NBA history in Atlanta, becoming the first player to compete in the league in 4 different decades in the Hawks’ 116-111 victory over the Indiana Pacers.

Carter received a standing ovation when he checked into the contest at 6:30 of the opening quarter.

Drafted in 1998, Carter brought “Vinsanity” to Toronto with his high-flying exploits, earning 8 All-Star appearances along with an Olympic gold medal.

The 42-year-old, who agreed to a one-year contract in August to play in his 22nd NBA season, scored 3 points and grabbed 3 rebounds on Saturday, January 4 (Sunday, January 5, Philippine time) in the win.

Atlanta was led by the 41 points of Trae Young, the 21-year-old who was born the year Carter was drafted.

Kevin Huerter added a season-high 26 points for the struggling Hawks, who squandered a 22-point lead but battled back to secure just their eighth win of the season.

Elsewhere, Terry Rozier drained the go-ahead three-pointer in overtime as the Charlotte Hornets withstood a triple-double from Dallas star Luka Doncic to beat the Mavericks, 123-120.

Rozier fired 29 points, including the three-pointer that put Charlotte up for good with 41.9 seconds left in the extra session, as well as a driving basket to send the game to overtime.

Devonte Graham added 27 points and 13 assists for the Hornets.

Doncic set a Mavericks record with his 10th triple-double of the season, scoring 39 points with 12 rebounds and 10 assists.

But the Slovenian star missed two three-pointers and coughed up a turnover late in regulation as the Mavs – who trailed by 20 in the first half – squandered a 12-point fourth-quarter lead.

“I didn’t make great decisions,” Doncic, the Rookie of the Year last season, admitted after the Mavericks let another late-game lead get away. “Terrible decisions. I’ve got to do better.”

“We could have won it, but I made terrible decisions.”

Meanwhile in Washington, it was the Wizards reserves who came up big in an upset of another elite team.

Led by a career-high 32 points from Ish Smith, the Wizards bench scored a combined 92 points in a 128-114 win over the Denver Nuggets, who are tied with the Houston Rockets for the No. 2 spot in the Western Conference.

Troy Brown chipped in 25 with 14 rebounds for the Wizards, who are 12th in the East but knocked off third-placed Miami on Monday.

“Ish was amazing tonight,” Brown said of his teammate who scored 13 points in the final quarter and 23 of the Wizards’ 67 in the second half.

“It was crazy. It was ridiculous,” Brown said. “It was literally like ‘Give Ish the ball and get out the way.'” – Rappler.com