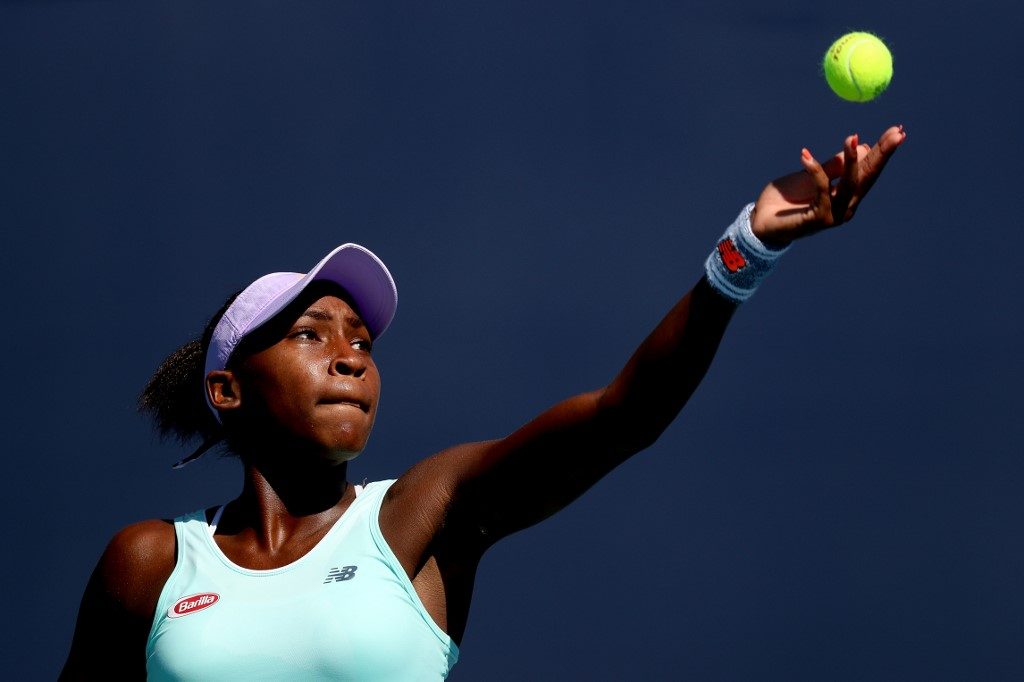 Gauff was unflustered by two double faults as she negotiated a blustery wind in her opening service game against last year’s semifinalist Viktoria Kuzmova.

She recovered to hold serve and then immediately broke Kuzmova on her way to taking the 1st set, 6-3, before racing through the 2nd set, 6-1, to wrap up the match in 61 minutes.

“Playing in the wind was a bit tough. I’m just glad I got through it,” said Gauff who impressed with 4 aces and cashed in with 4 out of 4 break points while saving 3 out of 3 on her own serve.

Williams, who had won 6 of her 23 Grand Slams before Gauff was born, is scheduled to meet the 15-year-old prodigy in the quarterfinals if they both win their first two matches.

The 38-year-old Williams was drawn to play another Grand Slam winner, Svetlana Kuznetsova, in the first round but the Russian pulled out on Monday with a viral illness.

Jelena Ostapenko, the 2017 French Open champion, was also a late cancellation, citing “personal reasons” while Canadian world No. 5 Bianca Andreescu pulled out last month because of an ongoing knee injury.

Williams, who will now play Italian qualifier Camila Giorgi in a first-round match on Tuesday, had a tough time in the wind at her previous appearance in Auckland 3 years ago, losing in the second round.

But she had a chance to get used to the conditions on Monday when she teamed up with Caroline Wozniacki in the doubles and cruised to a 6-2, 6-4 win over Japanese pair Nao Hibino and Makoto Ninomiya

Slovakian Tamara Zidansek produced the one upset on day one when she beat 6th seed Rebecca Peterson of Sweden in a tightly contested match 7-6 (9/7), 7-6 (7/5).

The only other seed in action, Frenchwoman Caroline Garcia, needed more than two-and-a-half hours and 3 sets to overcome American Taylor Townsend.