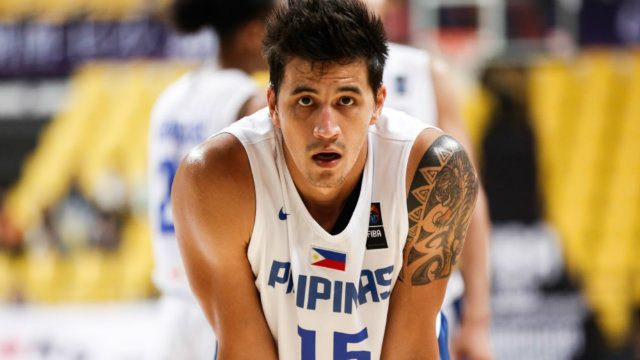 Facebook Twitter Copy URL
Copied
As Gilas Pilipinas moves forward with a younger team for the 2023 FIBA World Cup, Marc Pingris may have been tapped to impart his knowledge and experience

Pingris, 38, was included by the Samahang Basketbol ng Pilipinas (SBP) in its 24-man pool for the first window of the FIBA Asia Cup 2021 Qualifiers as he joins fellow PBA players and a bunch of collegiate standouts.

A fixture in several editions of the national team – including the 2014 FIBA World Cup crew – in the past, Pingris has since taken the back seat due to nagging injuries as he enters the twilight of his career.

But as Gilas Pilipinas moves forward with a younger team for the 2023 World Cup, Pingris may have been tapped by the SBP to impart his knowledge and experience in playing in the international stage.

Leading the pool are Isaac Go, Matt and Mike Nieto, Rey Suerte, and Allyn Bulanadi – who are all loaned to the SBP by the PBA – along with Thirdy Ravena, and Jaydee Tungcab.

Other PBA players in the pool are Ray Parks and Mac Belo.

Rounding out the pool is Filipino-American Dwight Ramos, who is expected to debut for the Ateneo Blue Eagles in the UAAP next season.

Gilas Pilipinas will face Thailand and Indonesia in a home-and-away format on February 20 and 23, respectively, for the first window. – Rappler.com