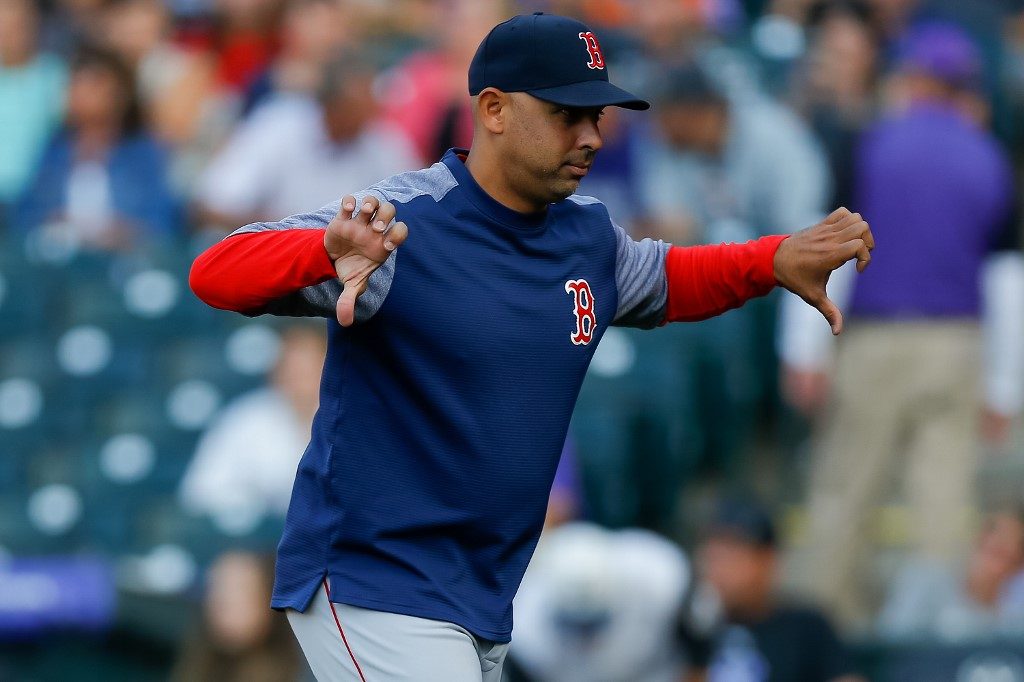 LOS ANGELES, USA – The Boston Red Sox are parting ways with Alex Cora, the manager who led the team to the 2018 World Series but is now linked to Major League Baseball’s sign-stealing scandal.

Cora piloted the Red Sox to the 2018 World Series crown in his first season as manager.

In 2017 he was bench coach for the World Series-winning Houston Astros where according to a report from MLB commissioner Rob Manfred, he was a ring-leader of an illegal sign-stealing scheme that resulted in a one-season ban for Astros manager AJ Hinch and general manager Jeff Luhnow – who were promptly sacked by their club.

Manfred’s report said that the Astros sign-stealing was “player-driven.” But investigators found that Cora was involved in setting up the system that used a camera placed in center field to decipher opposing catchers’ signals to pitchers – then banged a trash can to alert Astros batters to what pitches to expect.

Manfred said he was withholding discipline for Cora until after MLB completes an investigation into allegations of illegal sign-stealing during his tenure in Boston.

He is widely expected to receive a signficant punishment.

“Given the findings and the Commissioner’s ruling, we collectively decided that it would not be possible for Alex to effectively lead the club going forward and we mutually agreed to part ways,” the Red Sox said in a statement issued on behalf of team owner John Henry, chairman Tom Werner, Chief Executive Sam Kennedy and Cora.

“We agreed today that parting ways was the best thing for the organization,” Cora said in a statement on Tuesday, January 14 (Wednesday, January 15, Philippine time) .

“I do not want to be a distraction to the Red Sox as they move forward. My two years as manager were the best years of my life. It was an honor to manage these teams and help bring a World Series Championship back to Boston.”

Baseball was reeling on Monday after the sanctions to Hinch and Luhnow, along with a $5 million (4.49 million euros) fine for the Astros.

Although the penalties were among the most severe ever issued by MLB, several commentators on Tuesday said they did not go far enough, with some calling for the Astros 2017 World Series win to be voided. – Rappler.com