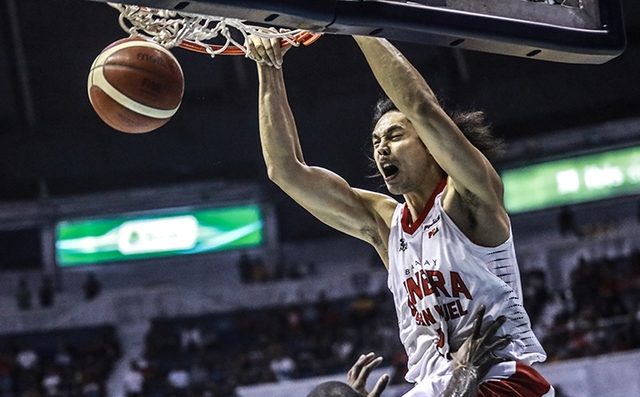 MANILA, Philippines – Japeth Aguilar proved to be best local in the 2019-20 PBA Governors’ Cup and his brilliance did not go unnoticed.

Aguilar was crowned the Honda PBA Press Corps Finals Most Valuable Player after helping tow Barangay Ginebra to the championship with a five-game conquest of Meralco on Friday, January 17.

The Bolts had no answer for the athletic forward, who normed 17.4 points, 7.0 rebounds, and 3.4 blocks for his first Finals MVP citation in his career.

Aguilar churned out a team-high 25 points on top of 8 rebounds and 4 blocks in the title clincher as the Gin Kings ruled the Governors’ Cup for the third time in the last 4 seasons – all against the same foe.

To further solidify his case for the award, Aguilar scattered 13 points in the final quarter of Game 5, capping off his performance with back-to-back emphatic dunks. – Rappler.com