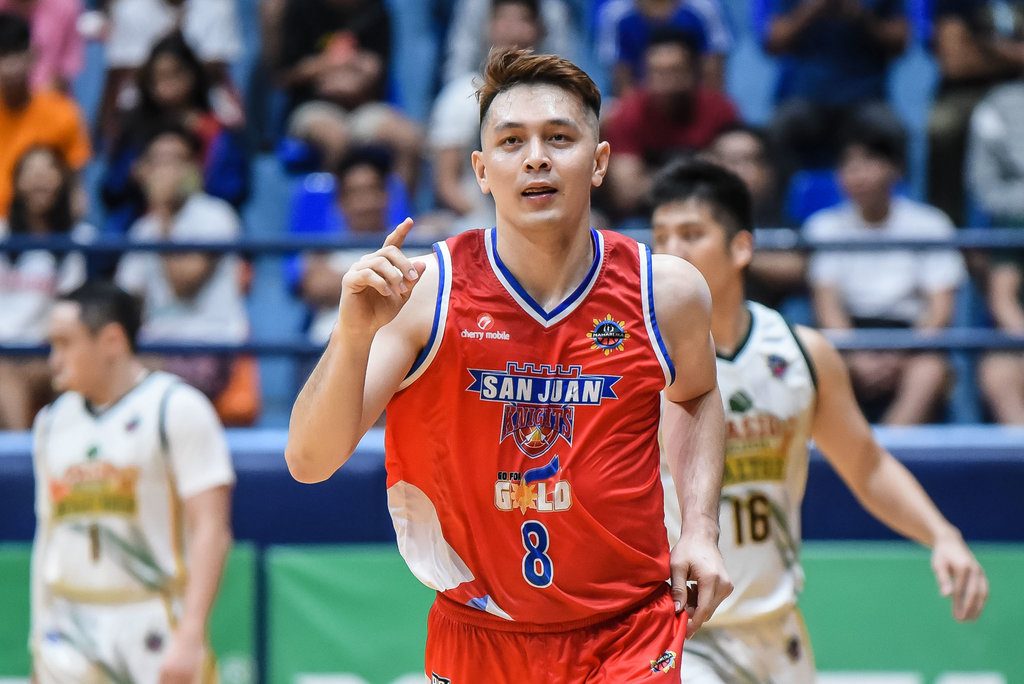 ILOILO, Philippines – The San Juan Knights flexed their dominance in the homestretch of the Maharlika Pilipinas Basketball League (MPBL) Lakan Cup with a crushing 84-65 rout of the Davao Occidental Tigers at the University of San Agustin here on Saturday, January 18.

With the cruising win, the playoff-bound Knights rose to 23-3 for the season with 4 games left while their fellow contenders fell to 21-4. Both teams still hold a firm lead at 1st place of the North and South divisions.

Thanks to the hot shooting of pioneer 1,000-point club member John Wilson and streaky guard Orlan Wamar, San Juan erected a 26-point lead, 43-17, at the four-minute mark of the 2nd quarter and held on to a 49-31 gap at halftime.

Although Davao Occidental sliced the lead to 8, 57-65, at the 6:05 mark of the 4th quarter behind back-to-back triples by Mark Yee and Yvan Ludovice, the Knights capitalized on the Tigers’ late miscues and sealed the deal with a 13-0 run for an insurmountable 21-point lead with just 3:58 to go in regulation.

(Of course, we didn’t relax and we maintained aggressiveness because that’s Davao. We know that they prepared for us and they’d get us back after the championship. We readied our players and they all worked, as you see with the result.)

Wamar led the Knights’ balanced effort with 15 points off 3-of-7 threes in just 14 minutes of action off the bench. Wilson added 14 markers on a terrible 4-of-16 clip, but made up for it with an additional 7 rebounds and 2 assists.

Ludovice and Yee paced the Tigers with 14 points apiece while Billy Ray Robles added 14 boards and 4 blocks to go with 6 markers.