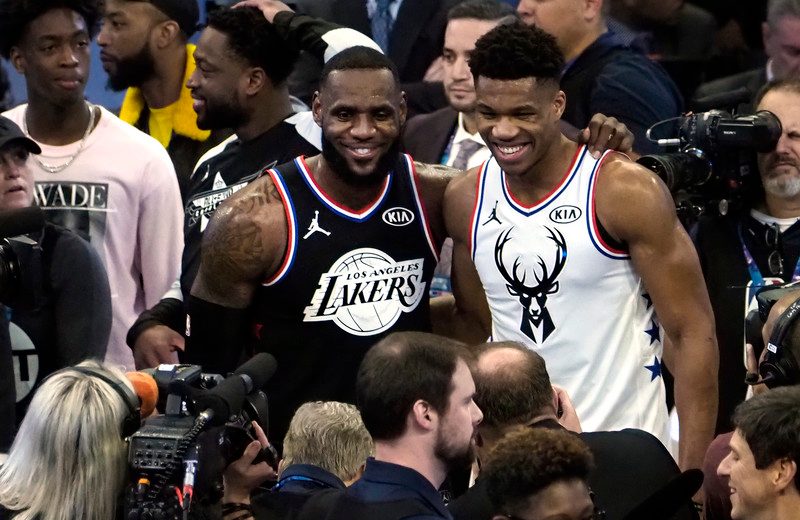 Los Angeles Lakers superstar James will captain the Western Conference team for the second consecutive season and Milwaukee Bucks reigning league MVP Antetokounmpo will once again take charge of the Eastern Conference side.

James and Antetokounmpo have the honor of choosing the sides for their respective conferences because they are the top two vote getters.

The two captains select the rosters for their own teams on February 6 from the pool of available players – regardless of conference – for the February 16 showcase in Chicago.

The polls closed with fan ballots counting for 50%, current NBA players having 25% say and a media panel having the other 25% say in selecting the 10 starters – 2 guards and 3 forwards from each conference.

Doncic is the fresh face in the starters list this season as the Slovenian standout joins Houston Rockets star James Harden in the West backcourt. Los Angeles Clippers forward and 2019 finals MVP Kawhi Leonard and Lakers forward Anthony Davis fill out the frontcourt.

“I remember all the years I would wake up in Europe at 3 am to watch the game and now I can be in it,” said Doncic. “I just have to keep working and getting better.”

Young will be joined in the East backcourt by Boston Celtics Kemba Walker.

Antetokounmpo will be flanked by Philadelphia 76ers Joel Embiid and Toronto Raptors Pascal Siakam, another first time All-Star and starter, in the East frontcourt.

James, who has helped the Lakers to an NBA best record of 35-9 this season, held off a charge from Doncic as the top vote-getter by fans in the West.

It marks the third straight year that James, averaging 25.1 points, 7.6 rebounds and an NBA-best 10.8 assists per game this season, has led all players in All-Star votes.

The only players who have received more All-Star selections than James are Kareem Abdul-Jabbar (19) and Kobe Bryant (18).

With his 16th start, James will top the mark he currently shares with Bryant.

Doncic and Young, who were traded for each other on draft day, will forever be linked together.

They finished 1-2 in rookie-of-the year voting last season and this season they are the only two players in the NBA to rank in the top 5 in both points and assists.

Doncic has made a smooth transition from playing in Europe to North America.

“In Europe everything is less. Less minutes, less scoring, less free throws. But my game is kind of the same,” he said on Thursday.

“I just try to play to my own rhythm and let the game come to me.”

Raptors Siakam, who won the Most Improved Player award last season, has been on a meteoric rise.

He teamed with Leonard to help Toronto win the 2019 NBA title. Despite losing Leonard to free agency, Siakam has the Raptors in contention again and they are playing just as well as last year’s team.

The All-Star reserves will be announced on January 30. – Rappler.com