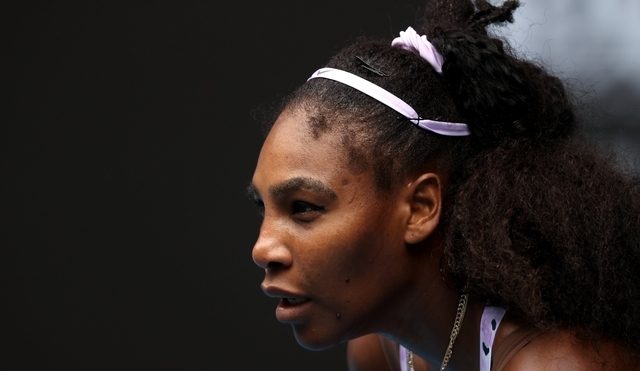 MELBOURNE, Australia – Serena Williams will not give up on her chase for a record-equalling 24th Grand Slam title and believes she can still do it, despite crashing out of the Australian Open Friday, January 24.

The 38-year-old American legend has been stuck on 23 since winning in Melbourne in 2017, when she was pregnant with daughter Olympia.

She has lost 4 Slam finals since then, but this time did not get close, dumped out in the third round by China’s 27th seed Wang Qiang.

Williams, who was downbeat but not broken, said she will be back on the practice court on Saturday.

“I just made far too many errors to be a professional athlete today,” she said.

“I definitely do believe or I wouldn’t be on tour,” added Williams when asked if she thinks she can still reach Australian Margaret Court’s 24 Slams record.

“I don’t play just to have fun. To lose is really not fun.”

“She served well, I didn’t return like Serena,” said Williams, seeded 8th in Melbourne but was the strong favorite, especially with Court’s record on the line.

“If we were just honest with ourselves, it’s all on my shoulders. I lost that match.”

“I literally can’t do that again. That’s unprofessional. It’s not cool.”

Williams stressed that defeat was “not the end of the world,” but admitted that she was angry and hurting inside as much as any defeat in her long and glorious career.

“I am just a better actress, as I always say now,” she said.

“I’m no happier than I was 10 years ago, but I just have to pretend like I don’t want to punch the wall, but in reality, I do.” – Rappler.com