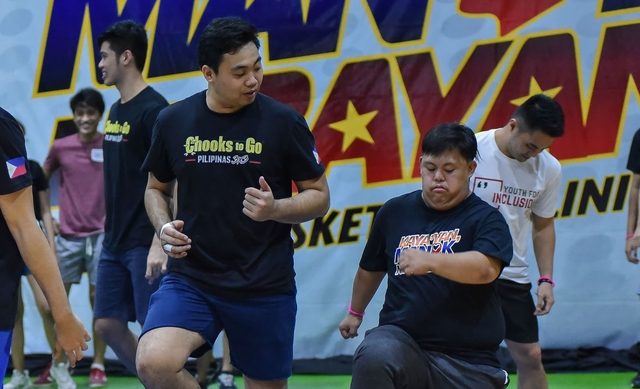 MANILA, Philippines – Amid their intense training in preparation for the 2020 FIBA 3X3 Olympic Qualifying Tournament, the national team pool, together with Kiefer Ravena, took time off for a very special mission on Saturday, January 25.

The event is a commitment of Bounty Agro Ventures Incorporated (BAVI) to the Special Olympics to conduct sports fests and training sessions for people with intellectual disabilities (PID) all over the country, as well as a nationwide recruitment drive of PIDs to BAVI’s offices.

“Definitely this inspires all of us to push harder heading into the OQT. Our trainings are tough since we have been practicing twice-a-day for the last two months,” said Dehesa.

“Being here made us realize who we are fighting for and that’s them.”

“This program of Chooks-to-Go is something that is really special to me because we all know how hard it is for PIDs to break into our society,” added campaign ambassador Ravena.

A total of 50 PIDs participated in the first leg of the camp that saw them learn the basics of 3×3 basketball.

To end the day, the participants were put to the test as they competed in an exhibition game against the Chooks-to-Go All-Stars and, later on, in a dance-off.

BAVI president Ronald Mascariñas vowed to bring more athletes, teach more sports, and reach more provinces in the next legs of this program.

“This is just the start of a continuous program for BAVI and the Special Olympics. We plan on heading to the provinces and locate more people with intellectual disabilities to come out and gain confidence through sports,” said Mascariñas.

“But it’s not just our organization who is committed to this as all of our athletes have pledged to take part in this very special program that is close to our hearts.” – Rappler.com