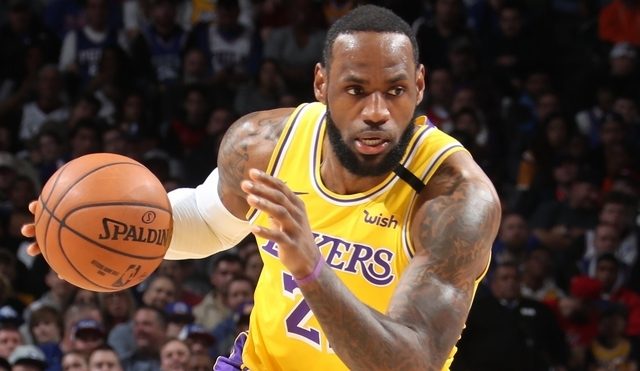 The Los Angeles Lakers superstar dropped 29 points against the Philadelphia 76ers to hike his tally to 33,655 points and leapfrog Bryant, who had 33,643 points in his illustrious 20-season career.

As if knowing he will eclipse Bryant, needing only 18 points to achieve the feat, James wore sneakers that paid tribute to the retired Laker great.

James also put up 8 assists and 7 rebounds as he now sets his sights on eclipsing Karl Malone, who is No. 2 in the list with 36,928 points.

But despite his history-making performance, James and the Lakers stumbled to a 91-108 defeat in front of a sold-out crowd at the Wells Fargo Center no thanks to a blazing start by the 76ers.

The 76ers, led by Ben Simmons and Tobias Harris, zoomed into a 35-25 lead after the opening quarter and never looked back to raise their record to 30-17 for 6th place in the Eastern Conference.

Al Horford also made his presence felt in the win with 16 points and 6 rebounds.

On the Lakers side, Anthony Davis was the only other player to breach double figures in scoring with 31 points to go with 7 rebounds and 2 steals as they lost 3 of their last 6 matches.

Davis exactly matched the combined scoring production of his other teammates who saw action.

The Lakers, though, remained atop the Western Conference with a 36-10 card. – Rappler.com