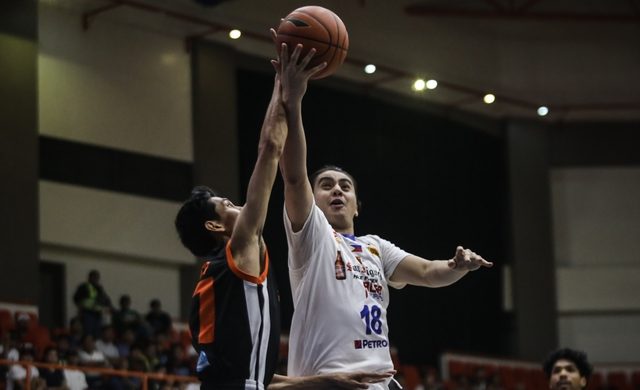 MANILA, Philippines – Mono Vampire once again asserted their dominance as the top seed in the ASEAN Basketball League with a 102-89 win over San Miguel Alab Pilipinas at the Caloocan Sports Complex on Sunday, January 26.

With the loss, the Philippine team blew its chances on seizing the top spot and instead fell to 3rd place with a 6-4 record.

Mono, meanwhile, moved further away from the pack with a 9-3 slate.

Off a small 31-34 deficit midway through the 2nd quarter, the Thailand-based powerhouse erupted with an 18-5 run, capped by a Moses Morgan triple with 36 seconds left for a 16-point lead, 52-36.

Mono kept the pressure up until the 2:53 mark of the 3rd frame, when Alab newcomer Prince Williams sliced the deficit to 57-62 after a pull-up trey that capped a 9-0 run.

Unfazed, top Mono import Mike Singletary took matters into his own hands and slowed the pace down with 6 straight free throws to end the quarter with a 73-65 advantage.

Alab had its moments in the final frame, but never got closer than 7 points as the visiting squad regained its double digit lead in the final minutes of regulation.

Williams led the losing effort for Alab with 23 points in just his second game with the team, while Sam Deguara chipped in an 18-point, 10-rebound double-double.

“I thought we put ourselves in a hole early in the 1st quarter,” said head coach Jimmy Alapag. “I thought we made a run in the 3rd quarter when we had them on their heels a bit, but we fouled too much. Sent Singletary to the line and kept us at bay and killed our momentum going into the fourth quarter.”

“We’re gonna see these guys again in a few days, so we gotta be better.”

Alab will have little time to readjust its game plan as the Philippine bets again face Mono on Thursday, January 30, this time on the Thais’ home floor.