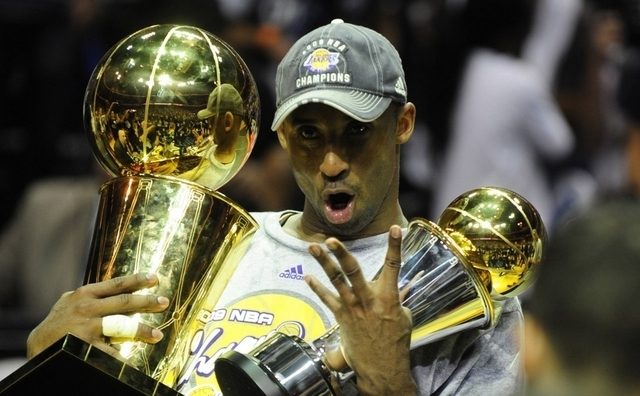 Facebook Twitter Copy URL
Copied
The Raptors and the Spurs take 24-second shot clock violations to start their game. Bryant wore No. 24 for half of his storied NBA career with the Los Angeles Lakers.

The Raptors and the Spurs both took 24-second shot clock violations to start their game as a way to honor Bryant, who wore No. 24 for half of his storied NBA career with the Los Angeles Lakers.

The Spurs and Raptors both took 24-second violations to start their game to pay tribute to Kobe Bryant.

Players, coaches, and the crowd at the AT&T Center in San Antonio, Texas, gave the act a standing ovation.

Bryant was among 9 people whom police confirmed to have died in a helicopter crash on a hillside in Calabasas, just outside Los Angeles, California.

Mayor of Calabasas Alicia Weintraub said Bryant was among the victims.

“Yes, it is confirmed,” Weintraub wrote.

It was reported that Bryant’s 13-year-old daughter Gianna Maria-Onore also died from the incident.

Sources: Kobe Bryant was on his way to a travel basketball game with his daughter Gianna when the helicopter crashed. Those aboard the helicopter also included another player and parent.