Who is Gianna Bryant? 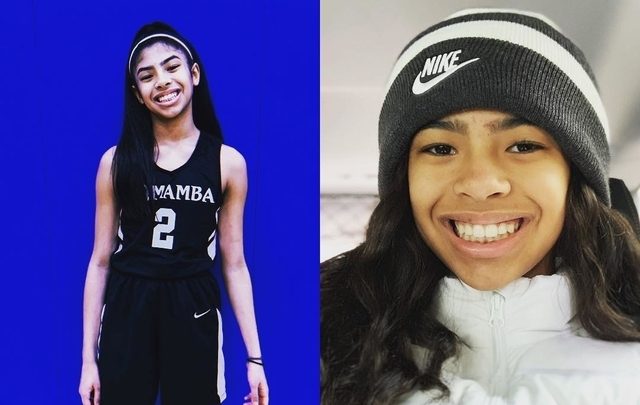 MANILA, Philippines – Gianna Maria-Onere, the 13-year-old daughter of NBA legend Kobe Bryant, was among the 9 people killed in the Los Angeles helicopter crash that also claimed the life of her father.

Kobe and Gianna were reportedly on their way to the Mamba Sports Academy, which the late NBA great co-founded, when the helicopter crashed in foggy conditions in the Los Anges suburb of Calabasas.

She was expected to play in a game on the day the fatal incident happened.

Here are some facts about Gianna:

She, her older sister Natalia, and their mother Vanessa frequently watched Los Angeles Lakers games when Kobe was still playing in the NBA.

Gigi was there when Kobe played his final game in 2016 as he dropped 60 points against the Utah Jazz in a storybook ending to a celebrated career.

When Kobe retired, he coached Gigi and her AAU team, the Los Angeles Lady Mamba, often showing how his daughter improved on her basketball skills by posting videos of her on his Instagram.

@wnba finals rematch got us hype! A lil one on one with my baby Gigi #footwork #stringmusic #mambacita

Gigi and Kobe also bonded over watching NBA games live, with the older Bryant dissecting the plays to his daughter as they sat along the sidelines.

In an interview on Jimmy Kimmel Live, Kobe said Gigi “for sure” wanted to play in the WNBA.

Kobe added Gigi was determined to carry on his legacy whenever fans tell him that he has to have a son.

In another interview with Access, Kobe said Gianna was “fully committed” to basketball.

“The basketball genes, I’ve completely and fully passed on to Gianna. She’s got it. That’s on her now,” Kobe said.

We love you GiGi. Your passion, drive and love for life could be seen by everyone. Taken from the world too soon

Gigi was given the nickname “Mambacita” by fans as a play of words for the “Black Mamba” moniker his father was famously known for.

Her game did not disappoint as Gigi showed she can score like Kobe, who ranks No. 4 in the all-time NBA scoring list with 33,643 points.

Go Gigi aka Viva aka the mambacita #2