Kobe Bryant was a superhero of this generation 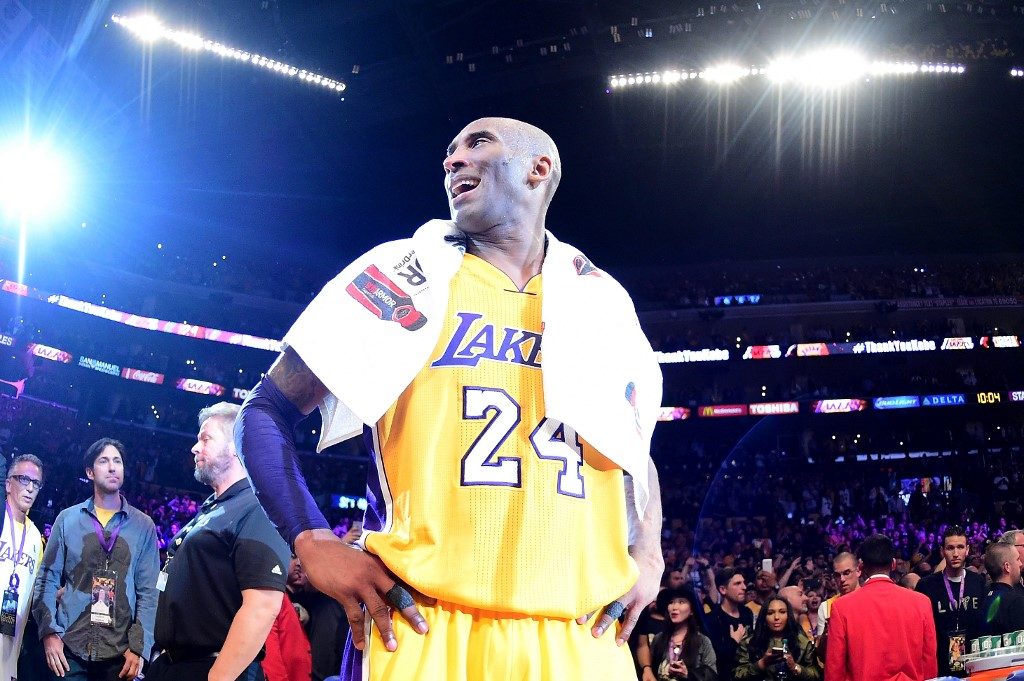 Facebook Twitter Copy URL
Copied
The Black Mamba is dead, and with each passing second, that sentence grows more difficult to comprehend

MANILA, Philippines – Kobe Bryant was a superhero, but not only because of his otherworldly ability to shoot a basketball through a hoop.

He was a hero because he was inspiring beyond words; a champion who made the impossible looks realistic through sheer will and determination.

“What’s the secret?” I asked him as an anxious 23-year-old reporter back in 2015 in Los Angeles, hoping to gain the knowledge that propelled him from being the chosen successor of His Airness, to creating his own legacy as The Black Mamba.

Charismatic and brilliant, he answered that the secret is there is no secret.

Because the secret is that it’s actually only “hard work.”

Kobe Bryant is dead, and with each passing second, that sentence grows more difficult to comprehend.

This has to all be a bad nightmare, right? When will we wake up?

But it is real, and instead, our hearts are left shattered.

For most of his Hall of Fame-bound career, Kobe Bryant seemed invincible. Actually, he was invincible. There was often a piercing look in his eyes; the same image that brought fear to his adversaries, and hope for the millions who adored his every step. Most of them wore purple and gold.

He was a legend, in all shape and form. A global one, too.

The magic in life is finding what you love, he said back in 2016, after his retirement, when I spoke with him again in Manila – a place he admitted he loves. No wonder it looked like magic whenever he was on a basketball court, or whenever he visited our country.

No one had a more beautiful jump shot. No one had a better display of footwork and fundamentals. No one had a stronger desire, aside from Michael Jordan, when it came to winning.

Jordan, the man Kobe chased for the title of Greatest of all Time, felt larger than the game.

But Kobe Bryant mastered it.

The helicopter carrying Kobe, his beautiful and talented daughter Gianna, and 9 others crashed on Sunday, January 26 (US time) in Calabasas, California, as the party were on their way to a basketball game. There were no survivors.

In heartbreaking fashion, families were torn apart, and the dreams of way too many were taken away.

Hours later, the entire world felt aftershocks as result from the incident.

We were left in disbelief. Others were in pain. The NBA community was in distraught.

The games for the day should have been cancelled, it was argued online. The league pushed through with them anyway, and thankfully so, allowing those who were still unable to process heir grief an avenue to find company in misery.

Matches started with 24-second shot clock violations in honor of Bryant. Players on the bench and basketball court were crying. In the twilight of his prime, Kobe made it a point to reach out to the Trae Youngs and Devin Bookers of the world, and was always eager to pass on what he had learned from his distinguished 20-year career.

He cared about the young up-and-comers. He was the image of the posters on their childhood bedrooms. He loved the game more than life itself, and wanted to leave the league he helped catapult to stardom in good hands.

No, but nobody is.

He was an arrogant young talent who drove both his legendary teammate (Shaq) and head coach (Phil Jackson) away. There was the accusation of rape that eventually resulted unproven and was settled. His words on the court, in certain occasions, went too far.

But the truly memorable stories aren’t those which are flawless from beginning to end; they are about the ability of human beings to rise up past trials and tribulations in order to grow as better individuals.

Kobe’s roadblocks were always so public, but he still always had a charm that drew us in despite the complexities. So in his tale as a champion turned one-man show turned redeemed icon, we witnessed the theme that many others seek:

Retribution and a second chance.

Whether fanatic or critic, his journey brought all of us together, and his death now does the same, too, for we are reminded of how special and fragile both time and life are.

“It’s just a sad, sad day,” said a choking Mike Breen, the greatest NBA sportscaster in history, who was at a loss for words.

Even coaches who went to battle against Bryant’s Los Angeles Lakers – Gregg Popovich and Doc Rivers – were unable to control their emotions in interviews. Even as the Grammys took place at Staples Center – the arena Kobe made famous – thousands of peopled walked the streets of LA to pay homage to a fallen hero of this generation.

Somehow, Bryant became even larger than life after the end of his playing days. Accomplishments in business, media, and even the Oscar factored in, with more success to come, but more than anything, he was adored because of how great a father he became.

He loved his wife, Vanessa, and daughters – Natalia, Bianka, and Capri – with intense pride, and played the role of the ideal encouraging parent to perfection. Because of what he dreamt for them, he became an advocate of women’s basketball, and one of its patriarchs.

Gianna Bryant, 13, had her whole life ahead of her, with a legacy she would create by herself on its way to fruition.

In the last decade, fans of Kobe, the Lakers, and the NBA watched his daughter grow from the adorable kid idolizing her father on the sidelines to future basketball sensation. That she was robbed of what was a lifetime of opportunities ahead of her is gut-wrenching.

“The best thing that happens is when we go out and fans come up to me, and she’ll be standing next to me… They’ll be like, “You gotta have a boy, have somebody carry on the legacy…” Bryant once revealed in an interview about Gigi.

Their bond was unique.

Ultimately as time passes by, the death of Kobe will resonate as strong as the loss of many other icons throughout history. It will be remembered as a day when the world – both in sports and out – stood still. Families returned home to each other remembering one of life’s best blessings – that we have the gift of sharing our precious time with loved ones, which we should never take for granted.

Kobe Bryant never did. He was always on the quest for greatness, but always remembered what truly mattered.

And in the future there will still be that kid – whether the one shooting hoops in the park, or throwing a crumpled paper in the trash – who will shout out, “KOBE!” with every attempt.

We’ve lost a hero of our generation.

But his legend will live forever.