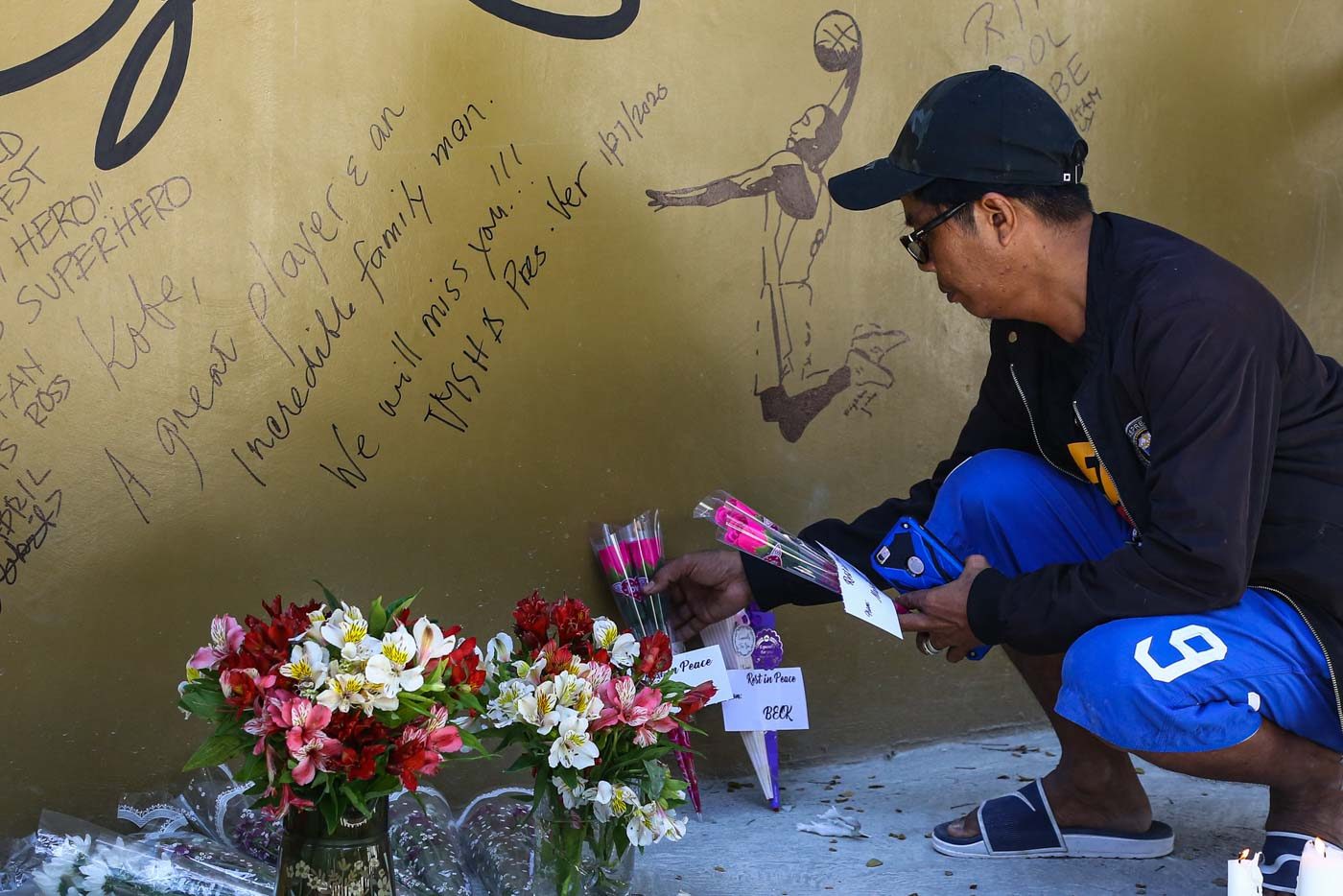 MANILA, Philippines – Kobe Bryant has touched the lives of many, including Filipinos living in Valenzuela City, where the indoor basketball court named “House of Kobe” was inaugurated a day before his tragic death.

Although the indoor court is not yet open to public, Filipino Kobe fans offered flowers and lighted candles outside the facility to honor the legacy of the Lakers legend.

Others wrote messages to him on the wall outside the court, remembering how he was their childhood superhero and how deeply they will miss Bryant. (IN PHOTOS: Remembering Kobe Bryant’s Manila visits) While the interiors of the indoor court have murals of Bryant painted on the walls, there are fans who exercised their creativity with their own paintings of the 5-time NBA champion. The House of Kobe is located in Barangay Karuhatan and is part of Valenzuela Representative Eric Martinez’s plan of installing NBA-themed basketball courts around the city.

This court, in particular, honors Bryant with two murals of him as he inspired many Filipino basketball fans with his storied NBA career. Bryant, his daughter Gianna, and 7 other passengers were killed in a chopper crash on Sunday, January 26 (Monday, January 27, Manila time), as their Sikorsky S-76 helicopter slammed into a rugged hillside in Calabasas, Los Angeles.

His death sent shockwaves all over the world and  plunged legions of fans into mourning. – Rappler.com