Facebook Twitter Copy URL
Copied
Some clad in Kobe Bryant's Lakers jerseys, Filipino fans troop to the Araneta Coliseum to honor the basketball icon who was killed in a helicopter crash

Some clad in Bryant’s No. 8 and No. 24 Los Angeles Lakers jerseys, fans trooped to the Araneta Coliseum to pay tribute to the icon, who was killed in a helicopter crash with his daughter Gianna and 7 others. 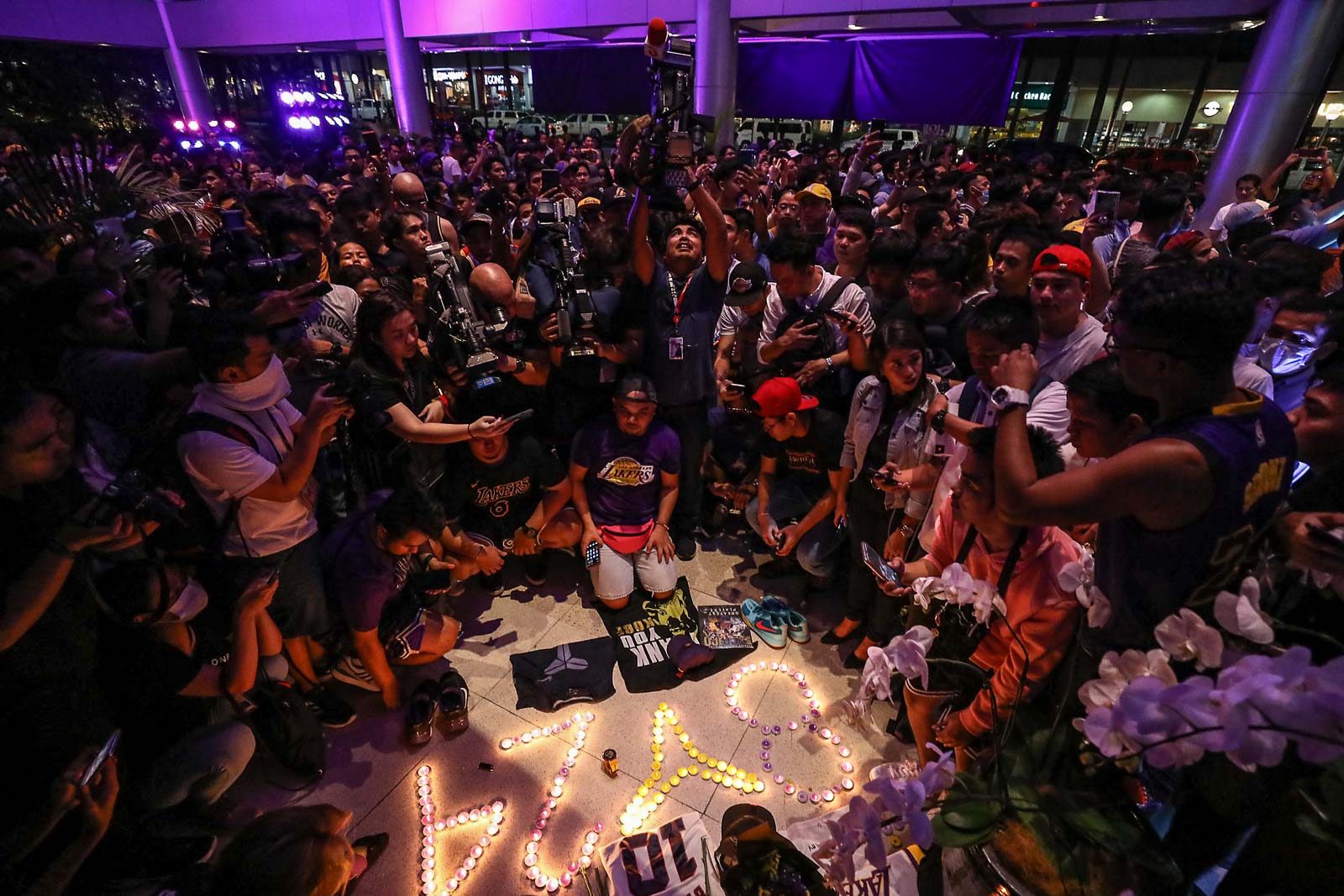 Candles forming No. 8 and No. 24 were lit as fans laid out jerseys, caps, and shoes that have Bryant’s and the Lakers’ names and logos. Loud chants of “Kobe! Kobe! Kobe!” then reverberated at the purple-and-gold-lit Big Dome, where he played multiple times in exhibition games.

A large tarpaulin bearing Bryant’s photo was put up as fans wrote their messages for the “Black Mamba.” Over in Pasay City, the Mall of Asia also paid homage to Bryant by lighting its giant globe purple with the No. 24.

Bryant, a five-time NBA champion, remains one of the Filipinos’ most beloved basketball players. After his retirement in 2016, Bryant visited the country again in the same year.