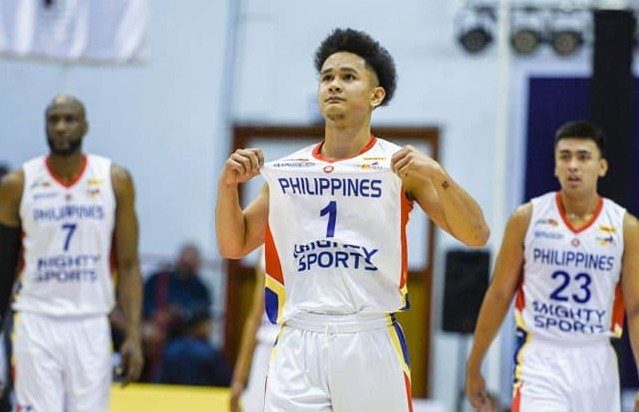 The collegiate star showed up against the seasoned Tunisians and finished with a tournament-best 12 points, all from a 4-of-5 clip from three-point land.

Not to be outdone, fellow amateur stalwart Thirdy Ravena also had his best game yet in Dubai with 8 markers, 2 assists and 2 steals while playing suffocating defense.

The same could not be said for ES Rades as they suffered their first loss in 4 games to end the elimination round.

The Charles Tiu-coached squad then carried this momentum over to the final frame, where they blew the game wide open for the taking as ES Rades faltered on both ends.

From a 68-64 lead midway through the 4th, Blatche and Balkman took turns dissecting the hapless Tunisian defense as Mighty sealed the deal with a massive 16-2 run for the 84-66 conclusion.

Jelan Kendrick also lent a hand in the offensive showcase of Gomez de Liaño and the NBA duo as he finished with 13 points built on a 3-of-4 shooting from downtown.

Anton Grady, meanwhile, paced ES Rades with a game-high 17 markers plus 8 rebounds in the losing effort.

In a solemn moment before the game, the starters of both teams huddled up near center court after a ceremonial tip-off for a moment of silence in the memory of the late legend Kobe Bryant.

Mighty will wrap up its elimination round in Dubai with a shot at a clean sweep as it takes on Beirut Sports Club on Wednesday, January 29.