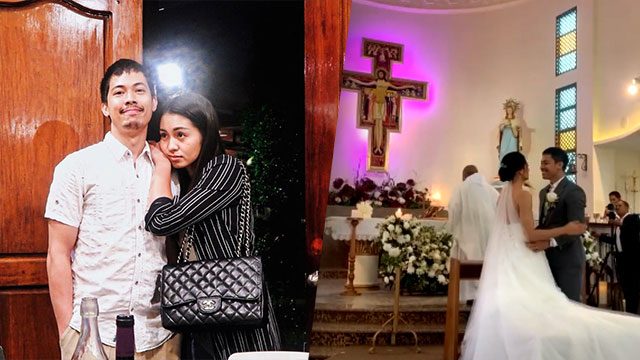 The two sports personalities got hitched in Silang, Cavite, on Monday, January 27 – a year after announcing their engagement.

Lazaro and Revilla kept their marriage private on social media but fans got a glimpse of their wedding through their guests, such as Alyssa Valdez, Lazaro’s former teammate  in Ateneo.

Revilla was recently traded to NorthPort after more than two years with Phoenix in the PBA, while Lazaro played for Petron in the PSL. – Rappler.com