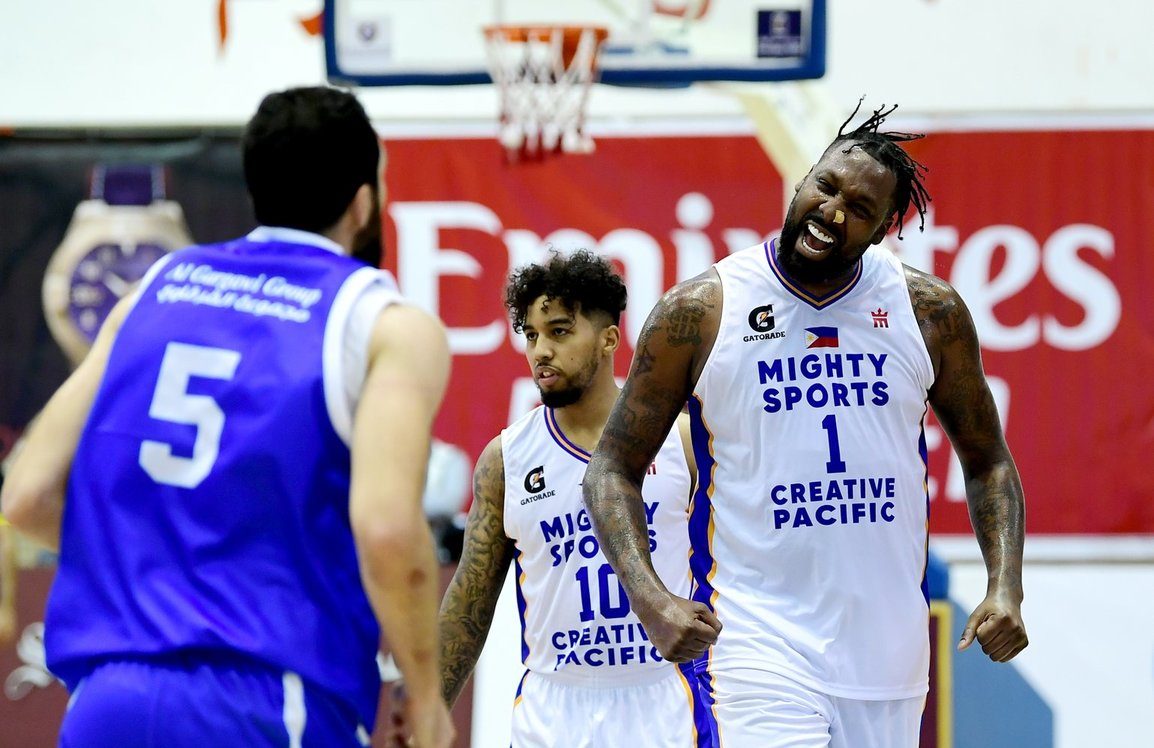 The Philippine team proved too much for the Syrian squad with 6 players breaching double figures in scoring as it remain undefeated at the Shabab Al Ahli Club with its fifth consecutive victory.

McKenzie Moore led the attack with 15 points on a blistering 7-of-8 clip from the field off the bench for Mighty Sports, which will face Association Sportive De Sale of Morocco on Friday at 11 pm.

Former NBA veterans Renaldo Balkman and Andray Blatche submitted their usual numbers for Mighty Sports with 13 and 12 points, respectively, and conjoined for 16 rebounds in the dominant win.

The Philippines’ young guns also rose to the occasion as Dave Ildefonso and Javi Gomez de Liaño buried two timely three-pointers in the final two minutes that essentially secured the win for their side.

Al Wathba still showed signs of life midway through the last quarter when it narrowed the gap to 66-80 before Ildefonso and Javi Gomez de Liaño made it rain from deep for a comfortable 88-66 cushion.

Chris Daniels, who served as import for Alaska last season in the PBA, put Al Wathba on his back with 36 points, 9 rebounds, and 3 steals, but only had two teammates scoring in twin digits.