Lakers try to refocus on basketball after Kobe Bryant’s death 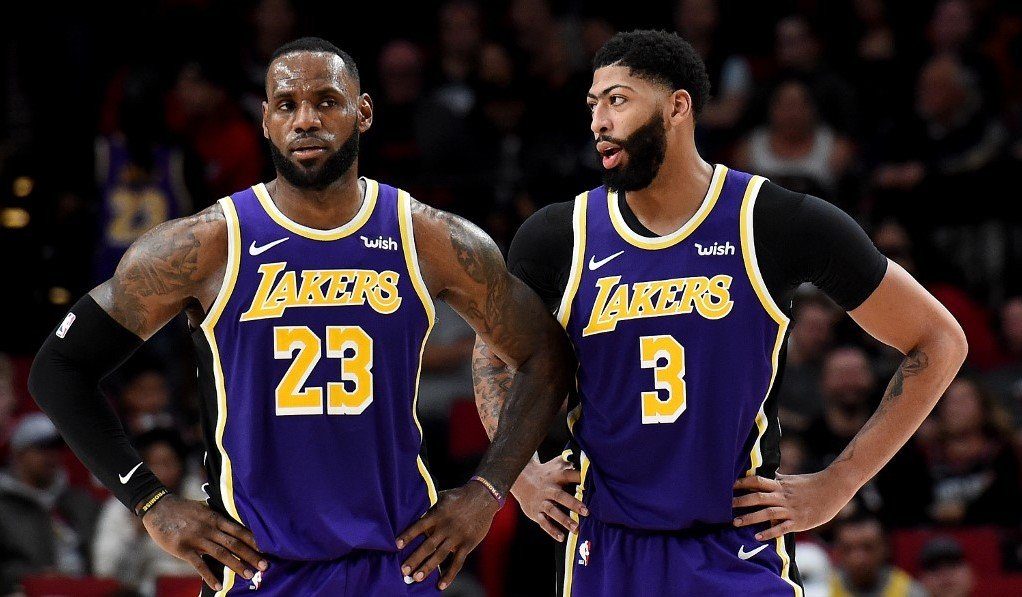 LOS ANGELES, USA – The Los Angeles Lakers, shattered by the death of franchise icon Kobe Bryant, are trying to wrench their attention back to their pursuit of an NBA title, a chase that resumes Friday, January 31 (Saturday, February 1, Philippine time) against the Portland Trail Blazers.

Before getting down to the most serious work, however, the Lakers warmed up outside with a little soccer and American football designed to lighten the atmosphere.

“We are striking a balance of trying to make guys feel good,” Vogel said. “Laughter is always a good remedy for something like this when it’s appropriate.

“Today’s workout outside, it’s not the first time we’ve done that. But it does feel good to be out there.”

The Lakers were on their way home from Philadelphia when Bryant – who won 5 NBA titles in a 20-year career with the club – was killed in a helicopter crash in suburban Calabasas on Sunday.

The 41-year-od was among 9 people who died, a group that included his 13-year-old daughter Gianna, her Mamba Academy basketball teammates Payton Chester and Alyssa Altobelli, Altobelli’s parents John and Keri, and Chester’s mother Sarah.

Lakers superstar LeBron James was among many in the NBA – and the greater sports world around the globe – to express his anguish at Bryant’s death on social media.

But James and other Lakers players have yet to speak publicly about the loss of a player who defined one generation of NBA players and inspired another.

Bryant’s wife Vanessa broke her silence in an Instagram post on Wednesday night, saying she was “devastated” by the sudden loss of her husband and daughter.

“Kobe, and our baby girl, Gigi, are shining on us to light the way,” she wrote. “Our love for them is endless – and that’s to say, immeasurable.”

Jeanie Buss, the controlling owner and president of the Lakers, offered condolences via Instagram on Thursday to Vanessa Bryant and the couple’s other 3 daughters: Natalia, Bianka and Capri.

She also expressed sympathy and support for the families of the other victims.

“The entire Laker family mourns with you,” she said.

Buss, the daughter of longtime Lakers owner Jerry Buss, said Bryant helped her go on after her father died – 3 years before Bryant retired in 2016.

“My father loved you like a son, which makes us family,” Buss wrote.

Amid the grief, Vogel said he had been gradually ramping up the team’s preparations for the Trail Blazers.

Players and staff got together Tuesday for little more than a light workout and lunch together. Wednesday saw a more normal practice and Thursday “was very focused on playing the Trail Blazers and executing some of the things we need to do to prepare for them.”

The Lakers have won 16 NBA championships, one shy of the record held by the Boston Celtics. But they have endured 6 straight losing seasons since their last playoff appearance, including the final 3 campaigns of Bryant’s career.

This season, with James and the newly arrived Anthony Davis, the Lakers lead the Western Conference with the second-best record in the NBA, at 36-10.

“Our whole belief since I got here is that we’re just going to put our head down and do the job,” Vogel said. “That really hasn’t been any different the last two days.”

However, it will be an emotional night at Staples Center, where the Lakers will honor Bryant’s memory.

Vogel said he’d been briefed on the plans, but the club is not revealing them beforehand.

“I’m going to let that all play out tomorrow night,” he said, acknowledging that whatever tributes are planned will make the night more difficult.

“But we shouldn’t do it any other way,” he said. “It’s the right thing to do and an important night for our franchise and Laker Nation.” – Rappler.com