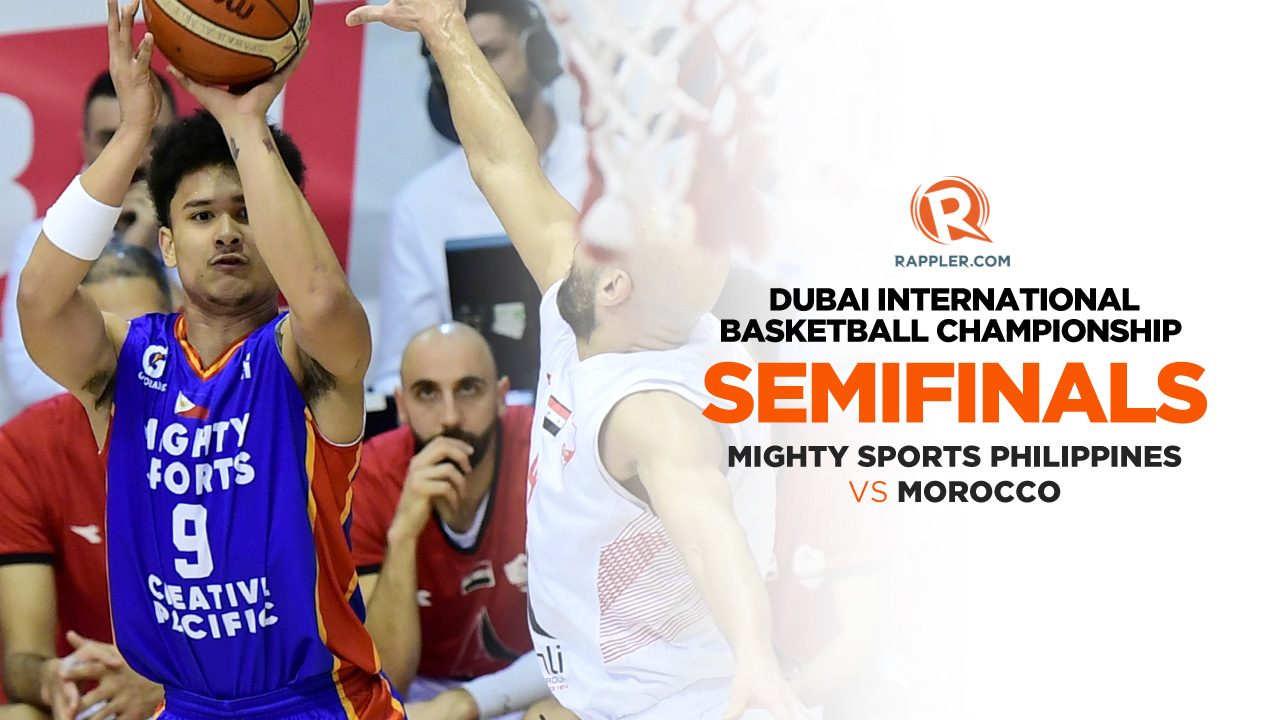 What made this win scarier for the Charles Tiu-coached squad was not the final score it achieved, but rather what happened on the way there.

Instead of relying heavily on his NBA-caliber duo of Andray Blatche and Renaldo Balkman, Tiu decided to shuffle his personnel on the court and still produced great results.

Filipinos back home already know the kind of stars these 3 are because of the popular collegiate scene, but now, even the Middle East teams are fully aware.

And standing in Mighty’s way of the DIBC finals is AS Sale of Morocco, who survived the UAE national team, 85-80, to clinch a semis spot.

Mighty Sports Philippines and Morocco’s AS Sale fight for a championship berth in the knockout semifinal on Friday, January 31 at 7 pm in Dubai (11 pm, Philippine time)

Like the Philippine team, AS Sale has a handful of reliable scorers, as proven by 4 out of 5 players reaching double-digit scoring in the crucial UAE win.

However, lying hidden behind a strong starting 5 is actually a very thin AS Sale bench, with little to no minutes being given to them throughout the tournament.

Just from the UAE game alone, AS Sale had 3 players clock in a full 40-minute marathon on the court, which says all there is to be said about their depth. Meanwhile, this has never happened to any player on Tiu’s team, not even Balkman and Blatche.

Will Mighty’s depth drown the Moroccans on the way to the finals match or will the AS Sale starting 5 have enough firepower to take them to the top?