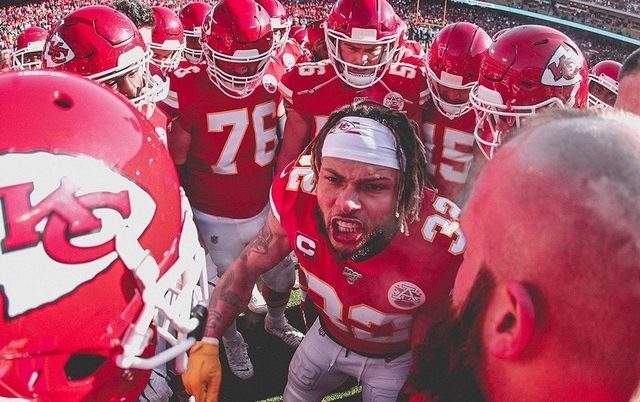 MIAMI, USA – The Kansas City Chiefs chase their first Super Bowl title in 50 years on Sunday, February 2 (Monday, February 2, Manila time) when they face the San Francisco 49ers in a championship clash poised to usher in a new era for the NFL.

Around 100 million Americans are expected to tune in for the biggest event on the US sporting calendar, which kicks off at Miami’s Hard Rock Stadium at 7:30 am (Manila time).

The eagerly anticipated showdown could mark a changing of the guard for the NFL’s quarterback hierarchy as the curtain comes down on the league’s 100th season.

With Tom Brady and the New England Patriots failing to reach the Super Bowl for the first time since 2016, the stage is set for the Chiefs’ Patrick Mahomes to crown his emergence as the best quarterback in the league.

The gifted 24-year-old Texan could become the second-youngest quarterback to win a Super Bowl if he leads the Chiefs to victory in only his second full season as a starter.

Mahomes, who became only the second quarterback in history to amass 5,000 passing yards and 50 touchdowns in a season in 2018, has cut a relaxed figure during this week’s build-up.

“I’m going to go out there and try and have fun and play the way I’ve played all season long,” Mahomes said earlier this week.

True to form, Mahomes and his teammates laughed and joked their way through a final practice session on Saturday under the watchful eye of veteran head coach Andy Reid.

“They’re loose, to a point,” Reid said of his team. “They know the job at hand against a real good football team, but at the same time, we try to let our personalities show.”

“That has been an emphasis and I don’t expect them to stop doing that now.”

Attempting to frustrate Mahomes and the Chiefs are a 49ers unit chasing a record-equaling sixth Super Bowl.

Led by 28-year-old quarterback Jimmy Garoppolo – who won two Super Bowl rings during his stint as a back-up to Brady in New England – the 49ers boast a fearsome defense which will attempt to knock Mahomes out of his stride.

Garoppolo has an array of weapons at his disposal.

Against the Green Bay Packers in the NFC Championship game, the 49ers blew away their opponents with a fearsome ground game that saw running back Raheem Mostert rush for 4 touchdowns and more than 200 yards.

On the defensive side, the 49ers boast a fearsome pass rush led by Nick Bosa, who was given a pre-Super Bowl fillip on Saturday after being named Rookie of the Year at the NFL’s annual awards.

The 49ers are also bound to have a few offensive tricks up their sleeve as they prepare under the guidance of head coach Kyle Shanahan, one of the most innovative minds in the NFL.

“We’re as ready as we can be,” Shanahan said on Saturday. “We just need the game to get here. It has been two weeks of [practice] and we are itching to go.”

Shanahan took his players on a walkthrough at the Hard Rock Stadium on Saturday to prepare them for the extended halftime break in Sunday’s game, where Jennifer Lopez and Shakira will perform for the sell-out 65,000 crowd.

At around 30 minutes, the Super Bowl’s halftime interval is more than double the usual interval.

“It’s going to feel like forever,” Shanahan said. “We’re not used to that.”

A win on Sunday would see the 49ers coach emulate his father Mike Shanahan, who won back-to-back Super Bowls with the Denver Broncos in 1998 and 1999.

But Shanahan’s coaching wizardry may prove moot if the 49ers defense is unable to contain Mahomes and a Chiefs offense bristling with pace in the form of receiver Tyreek Hill and power in the shape of tight end Travis Kelce.

Kansas City’s ability to produce devastating bursts of scoring was showcased in its playoff game against Houston last month, when it came back from a 24-0 deficit to win 51-31.

But the Chiefs are all too aware that conceding an early lead against the 49ers and their stingy defense could well be fatal.

“We obviously want our guys to go out there and have a faster start,” said Chiefs offensive coordinator Eric Bieniemy. “You certainly never ever want to spot a team 24 points.” – Rappler.com