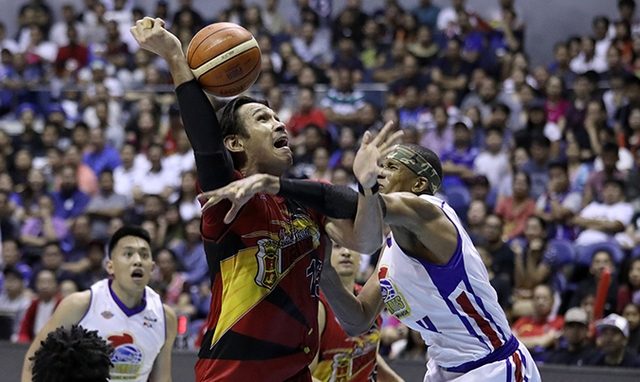 MANILA, Philippines – The Philippine Basketball Association (PBA) said it will adopt the same format it had last year when it ushers its 45th season to fulfill its commitment to Gilas Pilipinas.

In a press statement, the PBA said its 2020 playing calendar will begin with the Philippine Cup as reigning five-time champion San Miguel opens its title-retention bid against Magnolia in its lone game on the opening day – March 1.

From the All-Filipino conference, which will last until June, imports will once again dazzle in the PBA in the Commissioner’s Cup, which has a height limit of 6-foot-10 for reinforcements.

The Governors’ Cup, which will showcase imports 6-foot-5 and below, will then end the season, which is expected to again overlap until January next year.

PBA board chairman Ricky Vargas said they are embracing the same setup from last season to give way to Gilas Pilipinas as it begins its campaign in the FIBA Asia Cup 2021 Qualifiers this February.

“We’re trying to move from a calendar year to a flexible year,” said Vargas during their annual planning session in Italy.

“We’re going to extend to January 2021 because this [calendar] will accommodate the window of qualifiers for the FIBA Asia Cup. So we organized it on that basis.”

The top 8 teams in the Philippine Cup will advance to the quarterfinals, with the top two clubs boasting of a twice-to-beat incentive against the 7th and 8th seeded teams.

The 4 remaining teams will clash in best-of-seven semifinals duels, which will determine the two squads that will duke it out in the best-of-seven finals.

The same format will be used for the Commissioner’s Cup, although the semifinals will instead be best-of-five affairs.

For the Governors’ Cup, the top 4 teams will have a twice-to-beat bonus against the other 4 teams in the lower bracket in the quarterfinals.

The 4 teams advancing will face each other in the best-of-five semis before the season concludes with a best-of-seven finals.

In the middle of the season, the league will take a break from July 10 to 12 for the All-Star festivities in Passi, Iloilo.

Another agenda for the PBA is staging more provincial games this season and out-of-country contests. Five games in the provinces have already been set for the Philippine Cup: in Bataan, Cagayan De Oro, Panabo, Dipolog, and Iloilo.

The PBA, which staged a successful doubleheader in Dubai last season, then aims to hold games in Riyadh, Saudi Arabia, Dubai, and the USA as potential hosts.

For the third straight season, the PBA will not have Christmas Day games. – Rappler.com